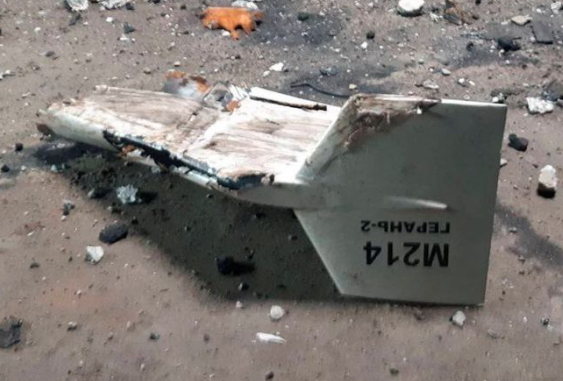 Ukrainian military have shared the first images of what it claims to be the wreckage of an Iranian-made loitering munitions used in Ukraine, say reports by Aero Time and Reuters. The images, which were first published by Twitter, appear to confirm earlier reports that Russia had purchased the drones from Tehran. The photographs show fragments of what appears to be the tail section of a Shahed-136 loitering munition. According to Twitter post, the images were taken in Ukraine’s Kupyansk region.

Features in the photographs appear to almost match perfectly the Iranian Shahed-136, and the drone’s distinct tail shape can clearly be seen in the images. The fragments are also inscribed with “M214 Geran-2” in Cyrillic. While the name does not correspond to any known Russian-made aircraft, it could be the Russian designation of the drone which was imported or manufactured under license.

The Shahed-136, first revealed in 2021, is one of several drone designs manufactured by Iran and exported in recent years. It is a loitering munition, designed to self-destruct upon impacting the target.  According to reports, it is designed with swarming capability in mind, meaning that multiple drones can attack a target overwhelming the opponent’s air defenses.

While Ukrainian media claims that the drone pictured has been shot down, it remains unclear if the fragments are the result of a successful interception or if the drone’s ordinance exploded after hitting its target.