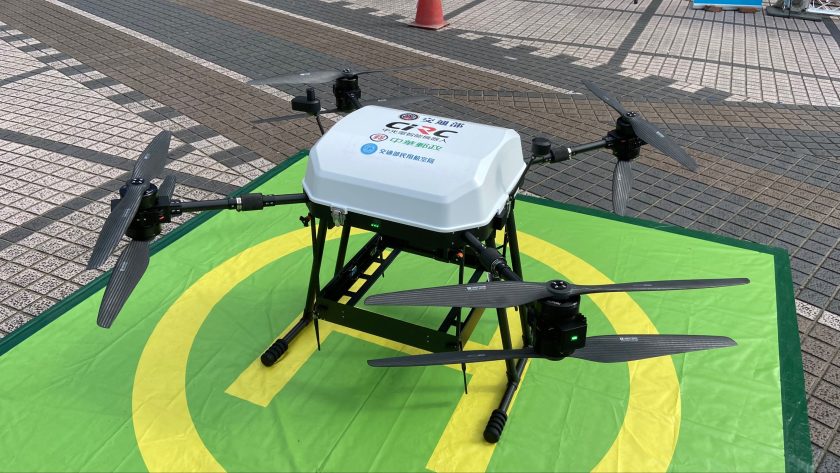 Thales has performed a real-time autonomous drone flight monitoring trial in Hsinchu, Jianshi Township to showcase the company’s ScaleFlyt Remote Identification tracker affixed to a drone, under the management and monitoring of the Thales TopSky UAS Traffic Management (UTM) solution. The demonstration was part of a project commissioned by Chunghwa Post and the Coretronic Intelligent Robotics Corporation (CIRC) on the study of logistics with remote UAVs that aims to establish a “Logistics Supply Mechanism for Remote UAVs” in Jianshi Township.

During this trial witnessed by key delegations from the Ministry of Transport and CAA, two drones from Coretronic equipped with the Thales ScaleFlyt Remote Identification tracker performed a flight taking off from the Jianshi Post Office in Hsinchu to a village 8.5km away from Jianshi township.

The drones were identified and their positions monitored in real-time with the Thales ScaleFlyt Remote Identification tracker. Weighing less than 70 grams and featuring the Network remote ID function through LTE-M / 2G, the RemoteID acts as a beacon, allowing authorities to identify, monitor and track the drones in operation, in real time. Fitted to a drone, the tracker is the most visible asset of a complete IoT ecosystem featuring a cloud-based web server access and a mobile application so drone operators can register their drones and also track their own fleet of UAS in real time. All communications are end-to-end cyber-secured, guaranteeing privacy.

The use of drones in Taiwan enables a wide range of use-cases and creates tremendous opportunities – from efficient goods distribution to maintenance, monitoring and labour management– but also brings the challenges of managing an increasingly complex urban airspace. UTM involves the safe and efficient integration of UAVs into civilian airspace. With the help of IoT technology, drone operators and civil aerospace authorities can precisely monitor unmanned air traffic in urban and rural areas securely and in real-time, while ensuring the safety and security of its citizens.

In Taiwan, Thales plans to establish a drone control centre in Thales’ office in Neihu, which will simulate the environment and functionality of a UTM Centre.