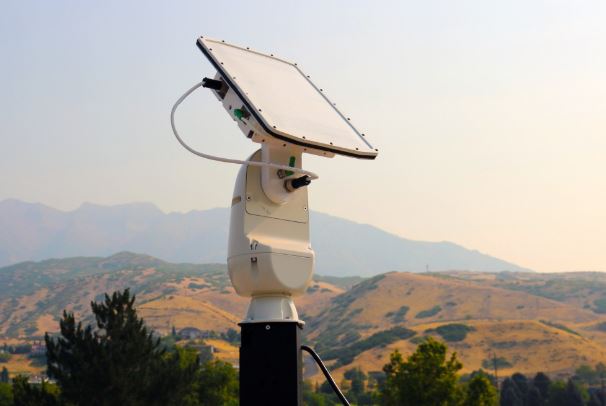 “The 3D-500 radar measures latitude, longitude and altitude of all aerial targets in a 1 km wide hemisphere dome, even directly above the radar with no gaps in coverage. Rapid threat assessment is simple with the automatic detection and 3D tracking of sUAS combined with fully automated camera cueing on the target. Manpower and cost are both reduced with this system while mitigating the threat of undesired aerial presence.

“Current solutions are limited in their technical capabilities,” according to the report. “Optical and thermal sensors don’t have large enough fields of view to detect targets in the sky. Additionally, they are affected by daily weather conditions, further reducing detection probability. Acoustic sensors are prone to noise pollution and are not able to provide precise tracking of targets. They can be limited in range, often only able to detect several hundred feet out. Radio transmission detection systems are typically limited to known frequencies and cannot detect sUAS that are not being actively controlled by an RF signal. Other radar systems range from large rotating radars with limited vertical coverage leaving large gaps above the radar, to systems that require many different radar panels to be used simultaneously increasing the complexity and the cost.

“SpotterRF is now offering a full drone mitigation system based on the 3D-500. The 3D-500 Counter-UAS System consists of the following: the compact 3D-500, a long-range optical/thermal camera, a small networked hub containing power management and integration software, and an optional mitigation component – often a directional RF jammer on a pan/tilt turret to make even threat response automated.”