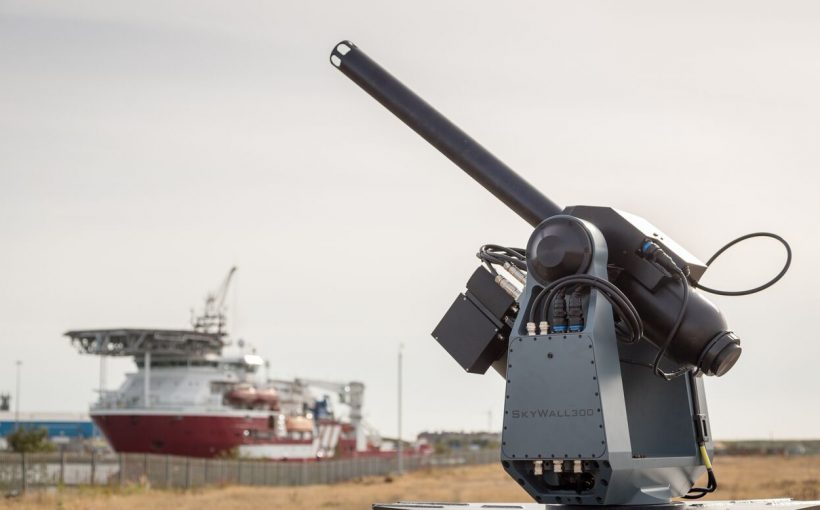 OpenWorks Engineering has launched SkyWall300, an updated version of the SkyWall100 hand-held drone capturing system, which has been deployed by major government authorities and protected President Barack Obama during his visit to Berlin last year.

SkyWall300 is an automatic version with an air powered system that launches the same range of net capture projectiles used with the SkyWall100 handheld system. It integrates with external drone detection and command and control systems to allow for maximum ease of use. It automatically tracks any drone prior to giving the remote operator the ability to command the system to capture the target.

The SkyWall concept is simple; physically capture a drone in a net and bring it to the ground safely under a parachute. Once captured it can be impounded, forensically investigated or simply handed back with some words of education where appropriate.