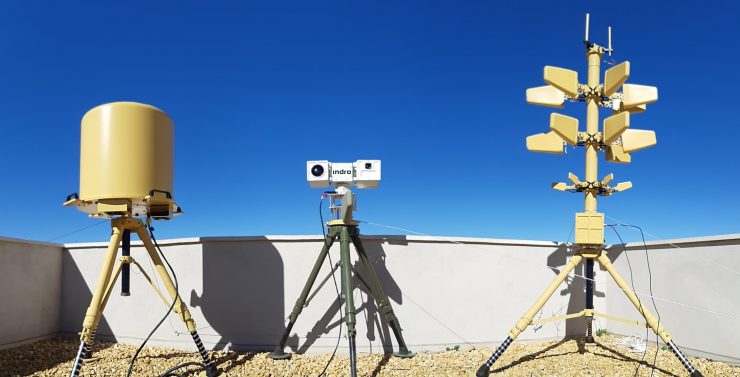 Indra has been appointed chair of the new Eurocae working group (WG-115) tasked with developing standards that will support the safe and harmonized implementation of anti-drone systems in airports and other environments. Indra’s Jorge Munir El Malek is tasked with this role. The European Organization for Civil Aviation Equipment (Eurocae) – the European standards agency – launched WG-115 in December 2019 at a meeting attended by 44 experts from 36 organizations, including the European Commission, the European Aviation Safety Agency (EASA), and Eurocontrol. Airports, navigation service providers, as well as other actors involved in operations safety, seek to implement effective systems to deal with this threat, so that drones can be detected and prevented from flying near their facilities without authorization. Eurocae will work to offer common guidelines for the requirements and characteristics such systems must meet. This is intended to ensure that a common frame of reference is available that enables security and interoperability of the highest level.

During the launch meeting, it was also announced that the American Radio Technical Commission for Aeronautics (RTCA) recently took the decision to create a new committee (SC-238) focused on countering drones (Counter-UAS) that will work together with Eurocae to produce standardized documents by the two organizations. With this same objective, the group will maintain close collaboration with other international entities such as NATO and the European Defense Agency (EDA).

The new group will carry out its activities during 2020 and 2021, with the objective of preparing three reference documents: the definition of the operational concept linked to this type of systems (C-UAS), the specification of performance requirements for non-cooperative UAS detection, and the specification of interoperability requirements with existing systems, such as Advanced Surface Movement Guidance and Control System (A-SMGCS) of airports.

The anti-drone systems are integrated by sensors of different types that enable them to detect the presence of very small aircraft several kilometers away, identify them and take several countermeasures to prevent their access to the areas protected by those systems. These are complex systems that must operate without affecting airport equipment or aircraft.