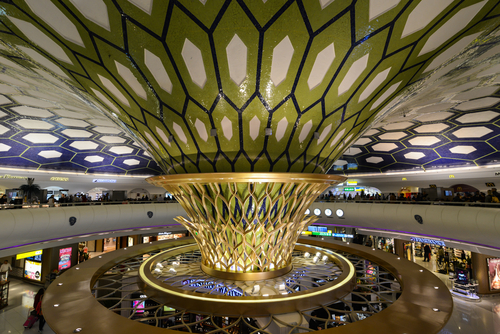 Reuters reports that the Yemen-based Iranian-aligned Houthi movement has claimed it has launched three Sammad-3 drone strikes on Abu Dhabi airport, disrupting air traffic there. The movement has not provided any evidence of the strikes and there were no reports of damage or casualties.

The United Arab Emirates (UAE) denied reports that the airport had been attacked and said operations were unaffected. “Operations at the airport are business as usual,” a UAE official told Reuters.

According to Reuters: “The UAE has an advanced anti-missile interception system – the Theater High Altitude Area Defense (THAAD) which is designed to destroy short- and intermediate-range missiles both inside and outside the Earth’s atmosphere. Abu Dhabi airport tweeted earlier in the day that there had been an incident involving a supply vehicle which had not affected operations, but it was unclear if it was referring to the same incident….In December last year, the Houthis said they fired a cruise missile toward a nuclear power plant in Abu Dhabi.”