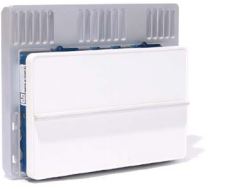 “At roughly the size of a paperback book, the product can detect drones up to 750m away and sells for a fraction of the cost of the larger longer-range more conventional radars. Because of its small formfactor, RadarZero is portable and mobile. RadarZero complements DroneShield’s existing longer-range (larger formfactor) RadarOne product and is offered both as a standalone product and as part of the company’s DroneSentinel drone detection and DroneSentry drone detection and mitigation platforms. RadarZero does not replace DroneShield’s existing RadarOne module / product. Rather, it is offered as an alternative for relevant users and environments.”

The new radar is said to feature: