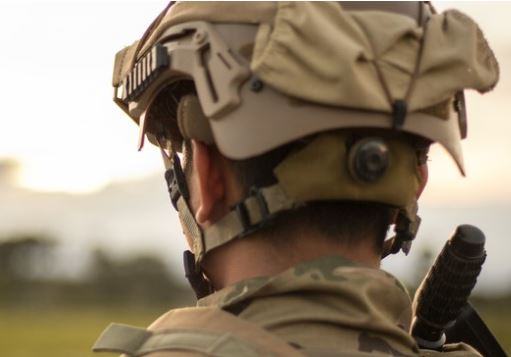 Denmark’s MyDefence has announced it is developing next-generation anti-drone technology, including closer integration into soldiers existing equipment, so they can mitigate the threat of drones more effectively. Innovation Fund Denmark has invested USD 425,000 (EUR 362,000) in the project, which will ensure that MyDefence can continue the further development of anti-drone technology.

“Although commercial drones have had a positive impact on society, they also pose a challenge when used for illegal surveillance, reconnaissance and other military purposes, including being utilized as weapon delivery platforms for IEDs,” says a company press statement. “These challenges have become more apparent in recent years, with terror organizations and other insurgency groups having demonstrated, how they can retrofit commercial drones to serve military and terror-related purposes. In an effort to combat these challenges, MyDefence has since 2015 developed anti-drone technology to protect dismounted soldiers, politicians, prisons and similar. MyDefence is internationally recognized as one of the leading manufacturers of anti-drone technology and as the only manufacturer in Denmark, it is significant to secure the right setting to continue the further development of the technology. Innovation Fund Denmark has decided to invest in the further development of the MyDefence anti-drone technology, which among other things will include sensor direction finding, so that the end users can see, from which direction the threat is approaching. An additional focal point is the integration with third-party systems, so that the technology can be applied with existing platforms used by military end users.”

The Innobooster-project granted to MyDefence has a total budget of USD 1.29 million(EUR 1.1million) of which Innovation Fund Denmark has invested USD425,000 (EUR 362,000) over a period of 15 months.