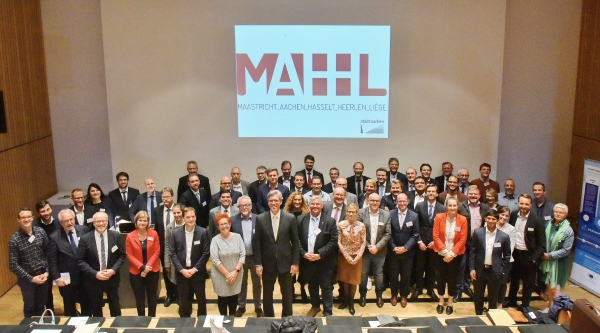 The MAHHL Cities (Maastricht, Aachen, Hasselt, Heerlen, Liège) have joined the Urban Air Mobility programme, a venture led by Airbus and is supported by the European Commission and with institutional partners including Eurocontrol and the European Aviation Safety Agency (EASA). The EIP UAM initiative is founded on a city-centric approach with a diversified set of demonstration projects with engaged smart cities and regions. The target is to jointly develop, through horizontal cooperation of diverse mobility actors, concrete urban air mobility solutions (intra-city and inter-city mobility) with real impact by addressing established mobility needs of the specific cities.

“By joining the UAM initiative collectively, the MAHHL-Cities cross several of these borders at once. First and foremost, of course, they cross the existing border between urban mobility and air mobility,” said a press release. “In addition, the borders between industry, science and society will be surpassed by the heterogeneous network of partners from all three countries involved, with a view to making this new technology efficient, safe and citizen-centred. Last but not least, the borders between the three countries shall be overcome with regard to developing integrated mobility solutions leveraging this new technology. A three-country-cooperation on urban air mobility including no less than five cities is unique across Europe.”

Before the official ceremony, the first steps towards project definition had been made in the context of a kick-off workshop. Working groups were created, where both various use cases, ranging from the medical sector to passenger transport, as well as common topics such as loading and landing opportunities, funding and regulatory matters will be discussed in detail soon. Thereby, feasible projects can shortly be identified and then selected in accordance with the MAHHL-Cities’ priorities.