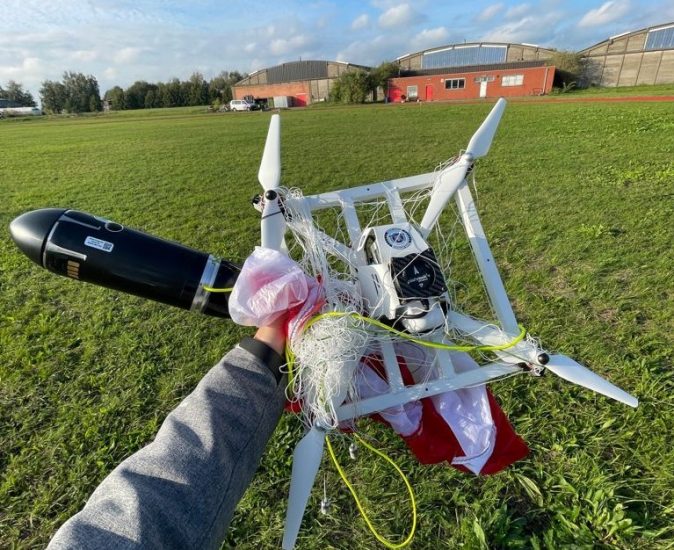 An EU-funded police security project in Belgium named Skyfall has completed training Belgian police staff in the use of counter drone equipment. This operational capability can now be shared with law enforcement representatives from 17 EU member states, so they can follow up at a national level, and add value at European level, according to a senior representative of the Antwerp police force.

A counter drone training exercise carried out at the Campus Vesta training center in Ranst as part of the Skyfall project trained police officers from various European forces on how to use anti-drone devices.

“We use two devices: a jammer that can take the control system or the GPS signal of the drone and the SkyWall Patrol, a device with which we can fire a projectile,” explains Chief Inspector Bart Van der Donck of the Antwerp mobile unit. “In that projectile is a net and a parachute, with which we can bring the drone down.”

The Romanian police, the federal police and the Brussels-Capital-Ixelles police zone also took part in the project.