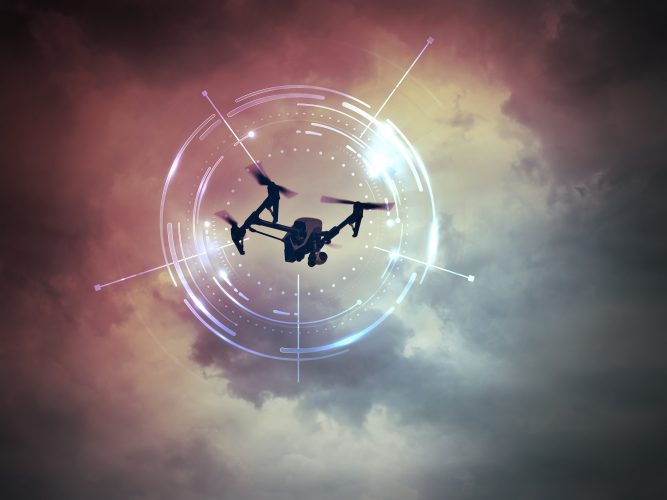 An article published by the US police resource, Police1, calls for legal authority from US Congress to counteract dangerous drones.

According to an article by J Rowland and C Fleischer in Police1, in the past 10 months, the Fort Wayne (Indiana) Police Department has written 22 city ordinance violations for drones flying in the City of Fort Wayne’s downtown aerial district. While your own department has likely also seen incidents rise, what you may not know is that four federal agencies currently hold all legal authority to mitigate dangerous drones.

The law currently states that only those working for the DHS, DOD, DOE and the DOJ are legally allowed to mitigate and intercept a threatening drone. And while there can be cases argued for protocol, these laws can and should be updated to include granting authority to state and local law enforcement to help take down drones in order to effectively protect the communities in which we serve.

New technologies are designed to safely detect and mitigate dangerous drones. As our agency learned through counter-drone training through New Mexico Tech, we manage a drone by first detecting it, then identifying it, tracking it, assessing if hostile, responding and reporting as needed. But in this case, “respond” doesn’t necessarily mean “mitigate”, says Police 1.

The “respond” step usually entails tracking down the operator and asking them to remove the drone or face fines, or capturing the drone itself for evidence. At this point, it’s not legal for law enforcement to take down a drone. The best tool we currently have is a written citation, which won’t stop someone if they truly want to cause harm.

All reported sightings of drones flying in restricted airspace are recorded by the FAA for good reason; a drone could bring a plane down if it flew into the engine. Yet even near airports, our hands are tied. Airports can use drone detecting and tracking tools to avoid drone interference, but once a drone threat is detected there are few options for response. The FAA has the right to charge a drone operator with civil penalties, but they can’t charge them with a crime.

“We hear from law enforcement every single day about the need for tools and training that would allow them to quickly take down a threatening drone and to be able to do so in a manner that won’t cause collateral damage,” said Timothy Bean, CEO of the counter-drone company, Fortem Technologies. “We have developed an AI-guided hunter drone that is a force multiplier – able to detect threats, alert police and then mitigate the threatening drone via net and remove it safely so that nobody on the ground gets hurt.”

HOW DRONES ARE BEING USED DANGEROUSLY

The Police1 article continues: Drones are easily accessible with little to no oversight – they’re cheap, easy to buy and operate, and require little to no training or licensure to obtain. Commercial and hobby drone use are on the rise. For the most part, operators want to comply with rules for safe operation, but in the wrong hands, drones can be used to wreak havoc.

Ordinances are inconsistent across jurisdictions and the threat is huge. Even if a drone attack is intended to be a practical joke, it could be dangerous. Imagine someone operates a commercial agricultural drone over a large event with an outdoor crowd. That drone has large tanks that normally spread herbicide on large areas of crops. If this usually innocuous drone flew over a ball game, spraying water – while harmless – the panic that would ensue would be massive.

We are seeing drones being put to use in questionable ways. These drones have the capability to carry a payload or firearm that can harm a crowd or anyone on the ground it’s flying above. Most are equipped with cameras that fly over restricted airspace or areas that are off limits, and have been used to capture video with no additional context. These videos are then widely shared on social media greatly exacerbating the recorded incident.

According to Police1, drones are exposing vulnerabilities and threats to critical infrastructure across the country. State and local law enforcement agencies urgently need the tools and legal authority to identify and stop reckless or malicious drones.

The FAA’s most recent annual Aerospace Forecast report estimates that last year’s forecasted UAS sales for 2022 – 452,000 units – were surpassed by the beginning of 2020. As a result, potential threats associated with civilian drone use will continue to expand in nature and increase in volume in the coming years. Decision-making to mitigate drone threats needs to be pushed down to the first responder level, so state, local and federal authorities can work together to control the situation.

Because of their physical and operational characteristics, drones can often evade detection and create challenges for critical infrastructure systems. We need to be able to detect and mitigate drone threats before they cause harm. Police drones can help authorities identify illegal and unregistered drones that may be hazardous to the surrounding environment. Once an illegal operation has been identified, the threat level can be determined and ground units can be dispatched to locate the operator.

The U.S. Department of Homeland Security notes that there are 16 “critical infrastructure sectors whose assets, systems, and networks, whether physical or virtual, are considered so vital to the United States that their incapacitation or destruction would have a debilitating effect on security, national economic security, national public health or safety, or any combination thereof.”

In order to protect the nation’s infrastructure adequately, we need to integrate comprehensive airspace security solutions, including 3D detection, monitoring, classification, tracking and mitigation. Security systems must be able to detect the smallest drones before a perimeter breach occurs. While the DHS, the FBI and other agencies agree that drones present a major concern for national security, Congress has been slow to enact laws that clearly identify what authority state and local law enforcement have to mitigate or destroy these threats. State and local authorities have the infrastructure and knowledge to act quickly to take down these threats, which would allow them to handle the situation in real-time.

Technology is only improving with time. Drone technologies and capabilities are only going to increase with time. The threat of weaponizing drones is real, it is only a matter of time before we get there. That is why we need Congress to authorize state and local law enforcement to assist in mitigating drone attacks, says Police1.