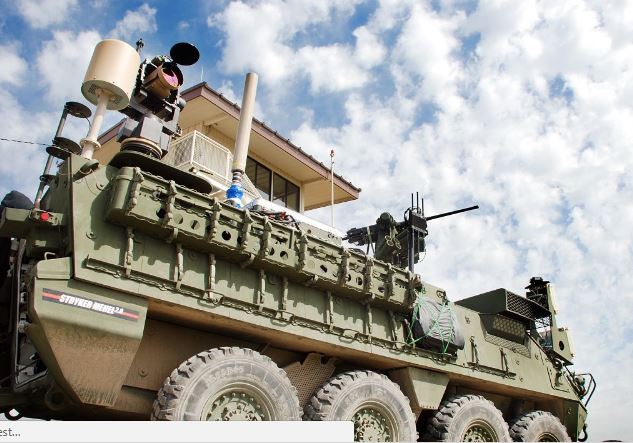 The US Army Times reports that US Army soldiers are using one of the first practical laser weapons in Europe for counter-UAS operations.

According to Richard DeFatta,  a civilian director of the Army’s Space and Missile Defense Command Future Warfare Center, while researchers are working on a powerful 100-kilowatt laser, smaller, more scientifically manageable projects have already been fielded.

“The 5kW laser project, part of the Mobile Experimental High Energy Laser, has reached soldiers in events such as the Maneuver Fires Integrated Experiment. The MFIX is the premiere exposition and testing for Army fires,” said the news service. “The MEHEL is now participating in the Joint Warfighting Assessment 2018 in Europe, which will help the Army to assess emerging concepts and technologies, and interoperability, said Cecil A. Longino Jr., deputy director of the public affairs office for the Army Space and Missile Defense Command/Army Forces Strategic Command.”

(Image: The Mobile Expeditionary High Enegry Laser, a 5 kilowatt laser, sits on a Stryker. This laser is now deployed with soldiers in Europe. (Monica K. Guthrie/Army)