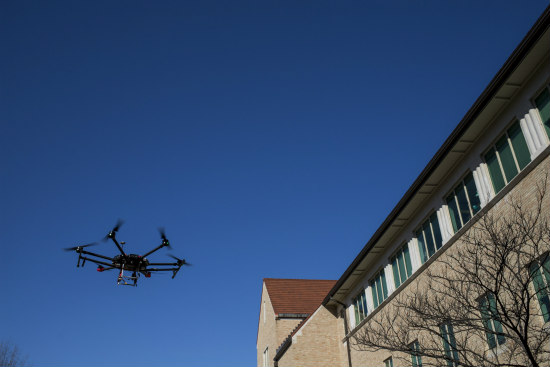 The U.S. Department of Defense’s Office of Naval Research has awarded a USD7.2 million grant and a USD7.7 million contract to the University of Missouri-Kansas City to develop technologies to reduce national security threats from drones. The goal of the efforts is to evaluate and demonstrate the capability of the counter-technologies developed through the grant award. “The counter-drone problem is considered a grand challenge — maybe even a wicked problem begging for a comprehensive study of present- and future-art countermeasures. This program will address and improve on countermeasures, significantly impacting the defense enterprise for Missouri,” said Mun Y. Choi, president of the University of Missouri System.

These are the largest non-health research awards received at UMKC. The team of investigators also includes researchers from Missouri University of Science and Technology and the University of Missouri.

The grant was announced at the UMKC School of Computing and Engineering. Speakers were Barbara A. The grant also will fund 10 new Ph.D. students, and provide positions for 12 new undergraduate researchers.

In previous awards from the Office of Naval Research, Caruso led a team of 20 faculty and students to create a portable nuclear radiation detector, taking the product from concept through prototype to production.