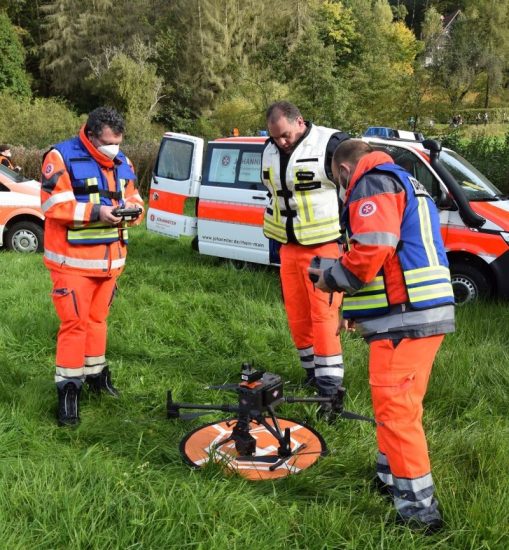 While drones have become standard equipment for authorities and organisations with security tasks public safety (BOS), many have less than EUR5,000 available per year to invest in them, according to a survey conducted by Droniq GmbH and Berliner Behördenspiegel. Moreover, the full potential of the drone is often not yet used. Droniq GmbH and the Berliner Behördenspiegel questioned 197 public safety forces across Germany to find out more about drone usage and investment needs.

According to Droniq, for the majority of the public safety forces surveyed, drones are now part of their standard equipment. A total of 150 of the emergency forces surveyed stated that they carry drones on their missions. More than half of them (55 percent) use drones regularly during their missions. The unmanned aerial vehicles are most frequently used for the search for missing persons and for reconnaissance and intelligence work (38 percent each).

Drone speeds up work processes
The BOS surveyed see advantages in the use of drones above all in their speed: 37 percent of drone users state that work processes can be carried out more quickly. 40 percent of the respondents assume that work can be carried out twice as fast as before with the drone; 20 percent even assume a tripling of the time saved. Another advantage of using drones is that the technology can be used to expand existing areas of application with new activities.

Limited investment opportunities
A look at the financial capacities of the BOS using drones shows that the investment possibilities for this are partly limited: Over a third of the BOS surveyed (35 percent) that currently use or carry drones have only up to 50,000 euros available annually for investments. Accordingly, only small resources can be made available for the use of drones: 45 percent of the BOS state that they use or plan to use up to 5,000 euros per year for the use of drones.

Potential of the drone not yet exploited
With regard to the implementation of operations, it is evident that drones are still predominantly flown within the pilot’s line of sight. Only 19 percent of the BOS fly drones outside their own line of sight. The potential of drones, even over longer distances over longer distances is correspondingly little used. It is also evident that a large proportion of drone missions (71 per cent) have to be coordinated with manned air traffic. The visibility of the drone for all air traffic participants thus plays an increasingly important role.

“The good news is that BOS have recognised drones as an efficient operational tool and are using them in a highly professional manner,” Jan-Eric Putze sums up. “Nevertheless, there is still room for improvement in this area. With increasing missions beyond visual range, drones will be able to provide support in even more areas. At the moment, this application is still considered sporadically, but I am sure that this picture will change in the next few years. The technology to carry out such flights safely for all involved is available and has already proven itself.