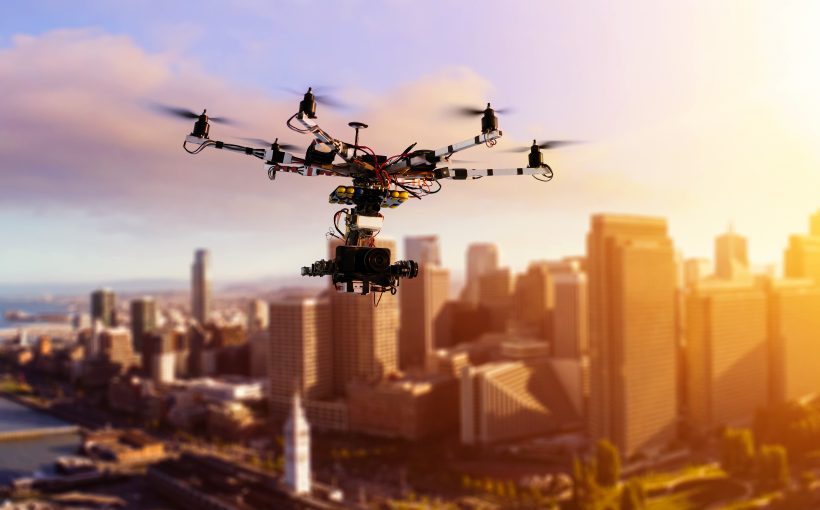 Aviation safety regulators around the world will be looking at the USA to see how and whether President Donald Trump’s Drone Integration Pilot Programme (see www.Unmanned Airspace.info 25 October) will speed the implementation of new commercial drone services – such as beyond visual line of sight (BVLOS) flights, night flights and flights over towns and cities – by encouraging the Federal Aviation Administration (FAA), local authorities and drone operators to agree new working relationships.

A minimum of five operating concepts will be selected for approval submission by the Department of Transportation.

The move has been widely welcomed by the US drone industry.

“I applaud the federal government’s decision to create this initiative, said Jonathan Evans, Co-President at Skyward. “The Drone Integration Pilot Program presents a tremendous opportunity for the entire drone industry—this is our chance to tackle the issues that have prevented us from realizing the full potential of drones to innovate and transform our economy.”

The concerns that have been expressed with the president’s initiative centre on the role of private industry is sharing responsibility with the FAA for developing new operating rules – at a time when the privatization of the FAA’s air traffic management organization is still very much under discussion – and the amount of representation that cities and local authorities will have within the programme. According to Congressman Jason Lewis, the sponsor of the Drone Integration Act “While this pilot programme recognizes some of the principles I’ve advocated for, unfortunately, it doesn’t go far enough in protecting local control and the rights to privacy and property….As we move forward, the next step is to ensure that our communities cannot only help expand the beneficial uses of drones, but that they also have the ability to take effective action when it comes to putting in place reasonable limitations on public use. I look forward to continuing to work alongside the White House and Secretary Chao to see that these foundational principles and rights are upheld.”

But in many ways this “top-down” move from Washington was the logical next step in liberalising services for commercial drone operators, given the perceived lack of progress by the FAA’s “bottom-up” aviation rulemaking committees on drone identification and tracking. This is perhaps understandable as such a large number of stakeholders with very different priorities have been involved in the process.

But with this new move there is now optimism some kind of institutional and legal roadmap will emerge which will act as a catalyst to the development of a working UAS traffic management system (UTM).

According to the Commercial Drone Alliance: “The Alliance is optimistic that the Program will become a model for overcoming some of the hurdles keeping the full potential of commercial drones from being realized. The success of this Program will depend on its implementation, which will have to be closely monitored to ensure: the FAA’s Part 107 waiver process greatly improves, for the benefit of the industry as a whole…the UAS Integration Pilot Program does not take existing resources away from rulemakings that will enable expanded operations and industry-government partnership efforts….there is proper coordination and partnership between federal, state and local governments…. (and) the importance of a national standard of safety under the FAA’s oversight is underscored.”

For the moment a number of questions remain, among them:

Where does this leave the FAA’s Low Altitude Authorization and Notification Capability (LAANC) concept and the Northeast UAS Airspace Integration Research Alliance (NUAIR)? Will the new initiative answer the question of who will pay for UTM services? What will happen to the patchwork of drone laws already implemented by local authorities and States if the new initiative shows they will not be compatible with the safe development of more commercial drone services?

According to the Law360 website: “But in keeping with the Trump administration’s embrace of privatization, the directive encourages the prospective state and local government participants to partner with the private sector to come up with proposals. But what sort of criteria they’ll be graded on is still unclear. The administration says more specifics on the pilot program will be released in an upcoming Federal Register notice.”

It is not just US drone operators who will be watching progress on the president’s new initiative. With civil aviation departments and governments around the world trying to understand the process they should adopt to implement their own UTM solutions – who should they invite and who should they exclude in the initial planning discussions – this initiative could provide a blueprint for many governments to follow.  Early, quick-wins will be important for its success.