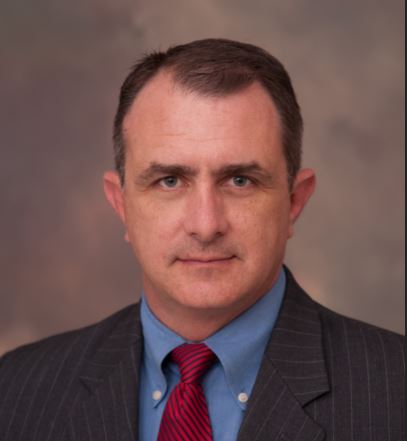 Tom Walker is Founder and CEO of DroneUp

How did DroneUp start?

When I began to realise there were so many opportunities for the drone industry to do positive things for the community – such as search for missing children, damage assessments, emergency response – I came up with the idea of creating an app, the DroneUp app, which aggregates amber and silver alerts and sends them out to well-intentioned drone owners like myself. That was the original idea. Then when Hurricane Harvey hit Texas a lot of people from federal, State and local authorities realised that there were two major shortfalls with the drones that were proliferating in the airspace: the first was a lack of knowledge about the rules and the second was a massive issue with airspace. There were thousands of volunteers flying drones wanting to help but no clear way for them to get clearance to fly and no clear understanding of how to de-conflict manned and unmanned aircraft. It suddenly became clear we had a lot of issues – for example training and then what I call “fear, uncertainty and doubt” among State and local communities. Traditional airspace management systems such as ADS-B don’t work beneath 3000ft and even if they did drones are not equipped with the system. I started talking to senior public safety officials in the FAA and Congress and I realised we had gone from not being able to buy affordable drones to having about a million of them in the air in three years. It simply overwhelmed everyone.

So I thought about short term issues and we could do to have a long term impact. Everyone else was thinking about how to put technologies on board to create remote ID capabilities as part of a UTM system. But even if you write the manufacturing standards and requirements for this equipment you are two to three years away from deploying it. I wanted to find something we can do that would have a positive impact in one year.

So we created the Responsible Community Pilot (RCP) Programme, the only one of its kind in existence. If you want to fly your drone you simply download the DroneUp app, take our RCP training programme – many people say it’s just as challenging as the 107 programme – and participate in exercises, stay on our message boards and we’ll continue to offer training when you need it.

How many members do you have?

We’re up to nearly 30,000. When you look at who has had the most impact on airspace safety, we put ourselves up there as one the leaders. It’s a twofold approach – the altruistic element (how can we have a positive impact on airspace safety?) and then the element of self-interest: the more we do as an industry to stay safe the less we are going to get legislated.

There’s a third part to our programme – we want to be there for drone operators from cradle to grave. We want to be there from the day they buy their drone, then train with us and use our app to show when and where they can fly. The app has additional tools that can identify a public event taking place nearby – so even though the FAA regulations say it’s OK to fly, we often say we don’t want you to fly.

This all leads to UTM. We’ve proposed to the FAA to offer a system called “Recreational Flight Request” or RFR.  You go to our app, file an RFR, we check the airspace is available and then give you a checklist to make sure you are doing the basic things.  If all that is good we say “yes you can fly” and then we make that data available to the FAA and anyone else who needs it. As long as recreational pilots are limited to line of sight we will have a pretty good idea where those drones are.

So we have provided a short term effective airspace management system.

What has the FAA’s response been?

I sent a letter the FAA and they replied that this is what the industry needed to do. They liked what we were doing and the offer to share data went to the core of what they wanted. They said “Please stay in touch and let us know about how the programme progresses”.

We feel the more people we get into the programme the FAA will eventually acknowledge that this is an effective example of industry taking care of itself. So we’re trying to make sure the industry is aware of what we are doing.

What has been the reaction from industry to your proposal?

We know that the Commercial Drone Alliance wants to get rid of 336[1]. We’ve joined them and told them that our objectives are the same – to promote safe practices within the industry for recreational and commercial operators and they’ve agreed with that. We are offering an alternative so that if 336 remains we will have a programme in place that will meet their objectives.

Many industry groups have told us they like what we are doing. But the problem is there are so many people offering solutions to legislators that it’s difficult for them, especially as there are no precedents for this.

And no-one really understands the revenue model.  The first response to what we are doing is – “It sounds really good but what’s your revenue model?” Ours is very clear – eventually people will want more advanced training and by building up a user network of 20,000 commercial pilots I can respond to this demand and other large scale projects around the world.

How do we progress to more beyond visual line of sight (BVLOS) flights from where we are now and what’s your role be in accelerating this process?

There are two aspects to this.

I will eventually transmit that information to a technology endpoint – anywhere where someone can pull that data off via an ADS-B link or through a transmission to a central communications dashboard. But as a first step I have a flight plan that has been verified and I can calculate in real time where that drone is. We already have that. We do that now. Anytime any of our drone operators, recreational or commercial, takes off that flight plan is available. That to me is an overlooked early stage solution to this problem.

Second, we have extended capabilities to communicate with the drone even though at the moment the aircraft isn’t transmitting its location. In our system right now we are transmitting the telemetry data coming off the controller and we’re sending that out to an end point. What’s missing is a central area so that anyone who wants that data – whether it’s the ADS-B network provider or the FAA – can integrate the data in a common communications board. That piece of information is missing. But were saying if you go to our API you can see where all our drones are in real time. Haven’t we just solved UTM?

So what kind of positioning data is now available on your system?

We have two different systems. What we are deciding now is how quickly we are going to push the second one out. The first one is the RFR – that data goes back to the flight management system you can see the flight on the AirMap display.

In the new flight controller software we are launching now, if you are a recreational operator and you take off using our Flight Controller software with built-in RFR we can update that telemetry data every 15 seconds – altitude, speed, direction and heading.

What we’ve created is not a long term solution but a solution which puts that data out there in standard XML format so anybody can take this solutions and use it.

What’s next for DroneUp?

The fact is most people want to do the right thing. The big issue that emerges when we talk to policy makers is that we can’t force people to do the right thing. But if we’ve got a million people out there flying recreational jobs and 700,000 are trained, aren’t we safer? If we’ve got a million drones out there and we know where 700,000 of them are, aren’t we safer?

We’re looking for a legislative response that says this is a good solution which doesn’t require a major investment in technology.

But we still don’t have a clear view as to who is responsible for ensuring safe drone flights in different environments – low level operations in urban environments, for example.

With this much noise we will never get to perfect and when people write laws they let “perfect” get in the way of “good enough”. Here’s why I think things might be moving a little. If you look at the wording of the FAA Re-authorisation Bill, if 336 doesn’t get killed – and it looks as though it won’t – the FAA will have 180 days to establish an approved training programme. That’s a nod in our direction. It shows that there may need to be a training programme which can take place outside the FAA.

We’re also starting to talk to State leaders and they’re saying they just want something, something they can take back to their communities and show them there a programme in place. When they look at what we’re doing they say they love it but they don’t know whether they have the authority to implement it in their State.  This will need to come from the FAA.

[1] Section 336 of the FAA Modernization and Reform Act of 2012 exempts hobbyist drone operators or recreational drone pilots from U.S. aviation rules, if they adhere to safety rules established by users’ groups.