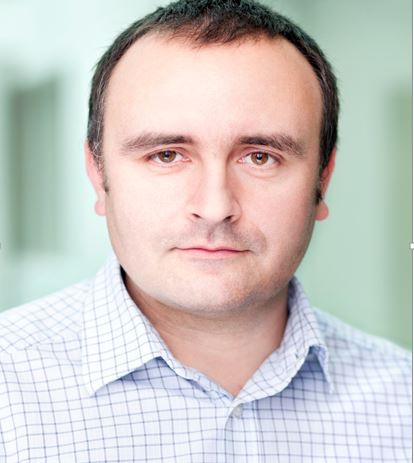 Poland is the first country in the world to implement an operational, nationwide UTM system. DroneRadar (https://droneradar.eu) is operating some of the first foundation services of the European Union’s U-Space concept together with the Polish Air Navigation Service Provider (PAŻP/PANSA) and the national military traffic management service provider (the Military Air Traffic Service of the Polish Armed Forces) under the guidance of the Polish Civil Aviation Authority (ULC). The UTM system is a free-to-use, mobile, cloud based system platform that allows the precise registration, monitoring and management of drone operations via procedurally sourced information. The system is based on a concept easily understood by amateurs but also providing sophisticated functionality for air navigation service providers and other professional users such as the military and governmental institutions. Paweł Korzec is the founder of DroneRadar.

How did you start?

We started our company in 2002, mainly aimed at general aviation pilots.  We published a few publications, to promote aviation safety and awareness, such as a national aeronautical guide to Poland in English and Polish, mainly aimed at foreigners who wanted to fly in Poland. We also published a few maps. By 2015 it was clear that drones were becoming a serious issue for general aviation and commercial flights and for the military. So we created an application in December 2015. We also made billboards. Wherever you went, in every city, just at the entrance you had a billboard – “If you wanted to fly a drone, just use Drone Radar.”

That was point that governmental institutions, such as the civil aviation authority, began to take notice of us. They told us that aviation safety was their responsibility, not ours. So that’s when we thought “Great! We’re all going to cooperate!”

It took us about four months to develop a relationship with the military ANSP who allowed us to install our app in the country’s military ATC towers. This was a fantastic beginning for us, because if you want to fly a drone in military airspace – and we are in the transition zone between the western and eastern parts of Europe so we have quite a few dedicated military airspace areas – the military have now made it clear you have to use the Drone Radar app.

After that the civil ANSP became interested. One of the first major issues was the source of our aeronautical data, not just the static data – which is fairly easy to get from Eurocontrol and other similar sources – but the dynamic data, too. The ANSP said that if we wanted to reach an agreement with them we would have to include dynamic aeronautical data including Flexible Use of Airspace (FUA) procedures. So we decided to include every aeronautical data set. So we can now guarantee to the ANSP, the Civil Aviation Authority and interested government departments that we show all the relevant real time data.

Where did you source the aeronautical data?

When we got the official data from Eurocontrol and the Network Manager (NM) – and from other sources – we realised that it was not complete. Due to the fact that within Polish airspace FUA is implemented in uncontrolled airspace also, there was a lot of information related to low-level airspace which was not published and was not exchanged between countries and the NM.  So we have had to input this manually, a task we do 24 hours a day. That means analysing all the airspace use plans (AUP), updated airspace use plans (UUP), NOTAMS and so on and putting them into the app.

This is a time-consuming and expensive business.

It is, but it has allowed us to create a real relationship with the ANSP.

So where are you now in terms of your locations in Poland? Are you nationwide?

Very soon we will be in the Flight Information Service for the whole of Poland. It will also be installed at every major airport very soon, I believe.  The best news is that institutions such as the police, state security and others have also become interested in the project and we are now in the integration phase with these officials. This is critical. And we are also in talks with the Ministry of Digitalisation in Poland to ensure we are complaint with general personal data protection regulations. This is a very time consuming process.

This is a good thing and a bad thing. Because we are so far ahead, because of these close relationships, we cannot go global. But it does mean we are in close cooperation with national governmental institutions and it allows us to help create future regulations and moderate how this will work.

Together with local government and local authorities this summer we are creating three or four areas in Poland to test local U-Space/UTM applications in environments such as schools, cities and rural areas.  Together with our partners we are going to run trials to validate our solution in different operating conditions. We are also working with a number of universities on this.

How do you make money out of all of this work?

We are still in the investment phase. We have quite a lot of interest from many small investors but bear in mind we are also working with public organisation partners so we need to be very sensitive about our investment partners.

Soon you’ll have to charge for your services.

Yes, this will immediately start once the draft regulations become law. But for safety reasons the service will remain free to amateurs.

This is the common view but there are other issues to take into account. Of course, professionals will pay for U-Space or UTM but there will have to be provision for all operators who will need some kind of situational awareness and that will need to be sponsored by the government.

Have you thought of targeting general aviation pilots for this service?

The problem with a situational awareness service is you need to be linked and liked within social channels media. Once you start to charge private pilots for automated procedures people will immediately start to give you the thumbs down. It’s very sensitive issue. We would like to keep this service free for the basic service users and that’s why we are asking government to pay for this.

We will definitely have a stronger position in the business of orchestrating commercial operator permissions for flights. We will also be looking to integrate our UTM system with different countries. This is something I have spoken to the European Union commissioner about and she is very interested in cooperation between the UTMs. My personal goal is to have at least three UTM connections with different countries.

There’s the bottom up national, local, city approach to developing UTM procedures and the top-down EU U-space concept. How will the two link?

In Poland today we have almost 7,000 drone pilots, that’s more certificates issued by the civil aviation than have ever been for traditional aircraft pilots. We estimate there are between 100,000 and 150,000 drones flying today. Drones are the new guests of the sky and they will have to be accommodated.