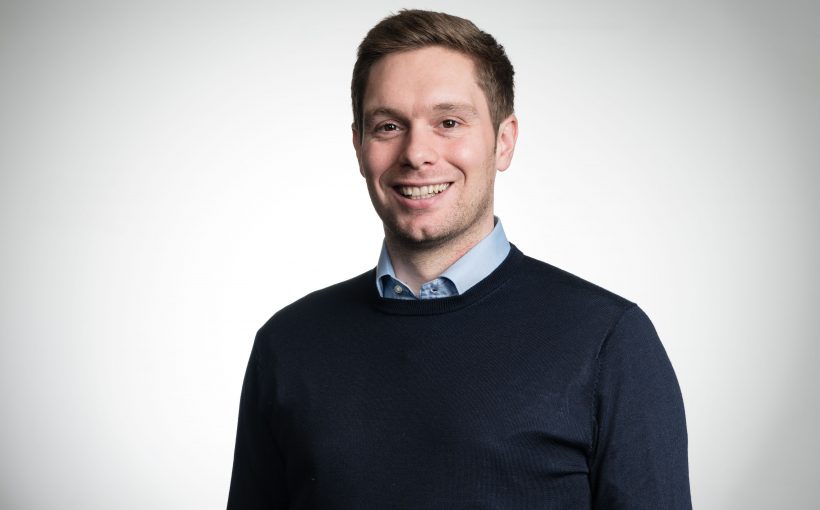 Andres Van Swalm is co-founder and Chief Operating Officer of Unifly. Having graduated the Royal Military Academy as an officer in the Belgian Air Force, Andres worked as a tower and approach controller. In 2012 Andres cofounded Flight Plus, a company specialized in ATM related to unmanned aviation systems.

Smaller air navigation service providers (ANSPs) are not sure about how to integrate UTM into their current infrastructure. Do you have a view about what ANSPs think the future is – or is it your job to help educate them?

Andres Van Swalm. We have had many talks with ANSPs and within the industry there are early adopters and those who are waiting a bit longer before they deploy. The bigger ones are looking at UTM as being very strategic. If you look at the very far future, everything will be unmanned.  And the question is what will then be the role of the ANSP? Many ANSPs are actually transversely transforming into commercial entities and becoming completely commercial companies.  So many of these ANSPs are looking at UTM as a strategic item where they can strengthen their revenue in the very far future.  Most companies have a strategist responsible for long-term planning within an ANSP — and if you talk to them they really understand why UTM is of such strategic importance to their business. They know the likes of Google and other gigantic software companies will want to take over traffic management or at least compete in this space which means ANSPs are becoming very strategically important to them.

There seems to be a lack of understanding of what UTM is and a lack of understanding of the process you have to adopt to get the right stakeholders – ANSPs, done operators, local authorities etc – around the table. Ideally, what sort of process should we adopt to create an effective UTM system? Who needs to be included? How should they work together? What’s the best process to get them involved?

Andres Van Swalm Let’s talk about stakeholders first. If you look at air traffic management (ATM) an aircraft leaves from an airport, goes from one point to another and this involves a set of very precise stakeholders. With UTM you have a much wider set of interested stakeholders. Cities will want to get involved because of the privacy problems that can arise, where citizens will call the police if they think their privacy is being compromised.  Which means the police will also need to be involved, so the police are very important stakeholders in the complete ecosystem of UTM.  And in cities you have national regulations which need to apply and regulations around industrial complexes and harbours, for example. So it’s a very big stakeholder group. The process of how we can get those people involved is a challenge and ANSPs can play a role in getting everyone around the table.

But do ANSPs understand the role they should play in UTM?

Andres Van Swalm They understand it but there are wide differences in national and local initiatives. What we provide as a software company is a connection between those systems so they are all linked. At the moment we are taking a step-by-step approach where we first need to look at a local initiative and then maybe eventually at cross-border flights where operations in Denmark, for example, are somehow integrated into procedures in Germany.

How many years are we away from having the first operational UTM system?

Andres Van Swalm I think we already have UTM systems in place. I don’t see a complete UTM system suddenly being rolled out one day. UTM can first help drone operators facilitate the process of obtaining permission to fly and then it will be a step by step approach, adding capabilities such as identification and geo-fencing, items we are missing from the process.

There are major national variations at the moment. If you look at how procedures are implemented in different countries it can sometimes take a long time just to register your operation with the regulator. So the first step in UTM would be to simplify this procedure, to register the drone and the operator. When we come to operations the industry is evolving and growing very quickly so the UTM system will have to adapt and evolve on a case-by-case way, starting with parcel deliveries for examples, then taking in the lessons learnt from this into other deployments.

Today we are at the stage of a UTM start-up – but the basic features of the system have already been defined. If we look at the far future we will include all drone services, from parcels to passenger transport, but it will take a while to get there.

Several initiatives are ongoing, for instance NASA UTM in the US and European initiative U-space that aims to make denser traffic of automated drone operations possible, opening the door to a European drone service market. U-space proposes a step-by-step approach to develop into a fully automated, connected digital infrastructure by 2025.

Unifly is active in several SJU activities, including CORUS which is looking to develop the reference concept of operations for UTM in the very low level airspace. Other initiatives we are taking an active role in are CLASS, SECOPS and Skyopener.

Do we have sufficiently mature technologies and systems now to start commercial drone operations worldwide?

Andres Van Swalm The technology is there, that’s not the question.  The question is how will the regulator catch up?  And can we create interoperable standards? That’s why we are encouraging the standards agencies to become involved. I have one simple question – how many UTMs are there in the world right now able to manage the full range of drone operational technologies? There’s not one because regulators cannot cope with the technical issues. And there are so many initiatives under way by the drone manufacturers it’s becoming confusing.   We need to streamline everything and adopt a step-by-step approach: interoperability standards will be vital to this.

Which countries are making the most progress with UTM?

The USA of course is busy but then so is Japan. In Europe, Germany and Denmark are really progressing, they are really thinking ahead on UTM.

So what should be the starting point for ANSPs looking to develop a UTM service?

Andres Van Swalm We have an existing product that has proven its value and it’s available out of the box. It’s multi-lingual and can be very easily configured according to the client’s wishes. It will relieve the burden, especially for smaller ANSPs, of having to try and figure out basically what needs to done.