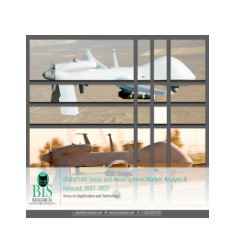 The global UAV sense and avoid system market is anticipated to reach $3,654.3 million by 2022, according to a new market study published by BIS Research. https://bisresearch.com/industry-report/global-uav-sense-avoid-systems-market-2021.html).

“The sense and avoid systems use a combination of cameras, radar, LiDAR and other components to detect and successfully avoid the obstacles. Some of the prime factors behind the rise in the demand of sense and avoid systems are increasing procurement of UAVs for military and commercial uses, and stringent rules and regulations imposed by government for UAV safety.”