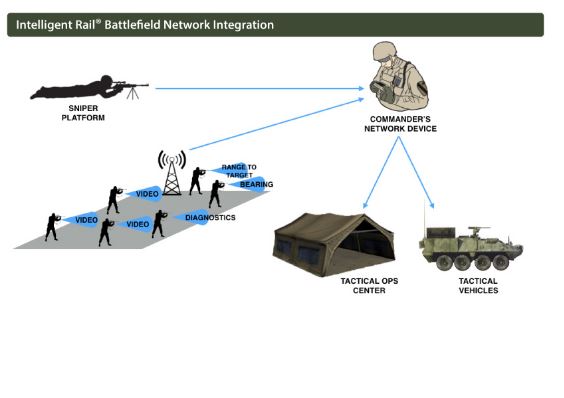 T-Worx (http://www.tworx.com/#) reports that IXI EW has entered into a Product Development and a Licensing Agreement with T-Worx Holdings to provide for the integration of the IXI Drone Killer handheld counter UAS technology onto the T-Worx Intelligent Rail® (“I-Rail®”) system with its Rifle Operating System™.

According to T-Worx: “Developed under the US Army Small Business Innovative Research (SBIR) Programme, the I-Rail provides both power and intelligent control of electronic devices when attached to an I-Rail integrated Picatinny Rail. Following an extensive competition, the I-Rail also became the NATO Powered Rail standard in 2015…The current IXI Drone Killer is the only standalone handheld counter UAS device that employs software-defined radio technology to detect and affect class 1 and class 2 UAS (sUAS) devices without the use of broadband jamming. Because the Drone Killer does not employ broadband jamming, once a sUAS is detected by the Drone Killer, it can affect the sUAS with low power signal transmissions. All Drone Killer signals are pre-programmed and can be updated in the field by the user.

“The Development Agreement encompasses the redesign of the IXI Drone Killer into a small, lightweight, and low power consumption assembly that attaches to the I-Rail. This integration reduces the Size, Weight, and Power (SWaP Reduction) of the current system by more than 50% – to just over two pounds. Integrating the Drone Killer onto the I-Rail gives soldiers counter sUAS capabilities without the burden of carrying a separate, heavier device.”