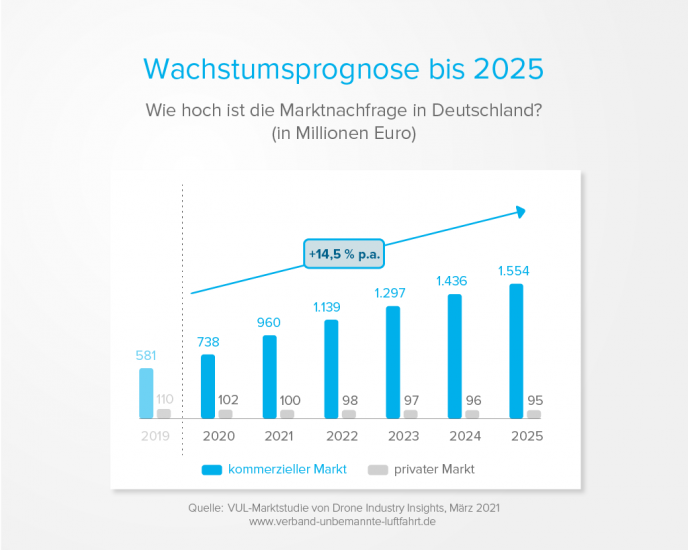 The size of the market is estimated at EUR840 million. About 88% of this is accounted for by the commercial sector (EUR783m). In an international comparison of drone markets, Germany takes fourth place after the US, China and Japan.

More than 14,000 people in Germany focus on drones in their job – that’s almost 4,000 more than in 2019. Since 2012, 423 million euros have been invested in German drone companies, 67 percent of them within the last two years. On average, the German drone companies are almost six years old and have around seventeen employees.