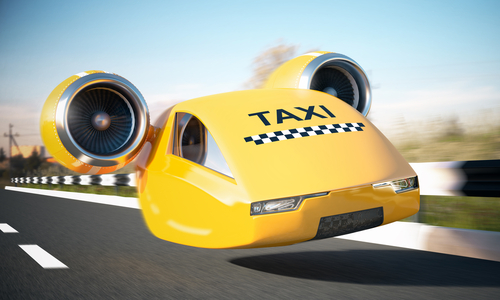 The UK’s Department for Transport’s Science Advisory Council (SAC) (https://www.gov.uk/government/publications/review-of-future-of-flight-2017/position-statement-on-future-of-flight) has recommended that the department should start a public consultation on whether and how urban air taxi operations should be introduced to the UK.

“It is recognised that different groups in society respond to technology differently and the rate of adoption varies according (sic).The SAC recommends that the department explore the current level of public acceptance around ‘flying taxis’ and the role that government and industry should play in addressing public perception and potential behavioural changes required for these technologies to be accepted.”

According to the SAC:

“Revolutionizing commuter passenger air transport using short take-off and landing (STOL) and vertical take-off and landing (VTOL) applications is also on the horizon as these require a significantly smaller infrastructure footprint and are being developed with autonomy in mind. Notwithstanding this, there are still a number of challenges facing the aviation sector: competitiveness, performance and sustainability while working to meet challenging eco-efficiency goals.

“The key drivers for new aircraft technology include: environmental regulations and targets; airlines demanding ever more fuel-efficient aircraft; and the maintenance of the UK’s competitive position in a growing market. Although existing airport infrastructure can be used for personal air transport, a key bottleneck for this technology will be ground infrastructure….The SAC also reflected on the need for the UK to take a more proactive approach in considering demonstrator style studies to support the UK in maintaining its strong position and encourage new technologies that could influence the future of aviation to benefit the UK as a whole. This will mean better collaboration between aircraft, airspace, airports and airlines.

“The SAC highlighted that unmanned aircraft, in particular, have the potential to create a national centre of excellence in the UK. Drones offer vast opportunities in service industries and air taxis. However, one of the greatest challenges is operating alongside aircraft and beyond visual line of sight so there is a need to carry out further work in this area.”

“Personal air mobility vehicles are likely to be fully autonomous and this will present challenges around public acceptance, as is the case with autonomous road vehicles. Different groups in society respond to technology differently and the rate of adoption varies accordingly. Involving people in the design of new transport services is likely to help public acceptance.

“There is also a challenge around integrating disruptive technologies with existing frameworks and the SAC advised that some amendments to current legislation will be likely as the use of light aircraft shifts from leisure to mass transit.

“With disruptive technologies, such as vertical take-off and landing (VTOL) on the horizon, autonomy is not the difficult part as aircraft are already partly autonomous to some degree. Air traffic control, regulation (not just aviation regulation) and infrastructure (for example real estate and energy requirements) present greater challenges. Trials can help to understand these issues as well as customer acceptance, future demand and the measures that need to be taken to address them.”