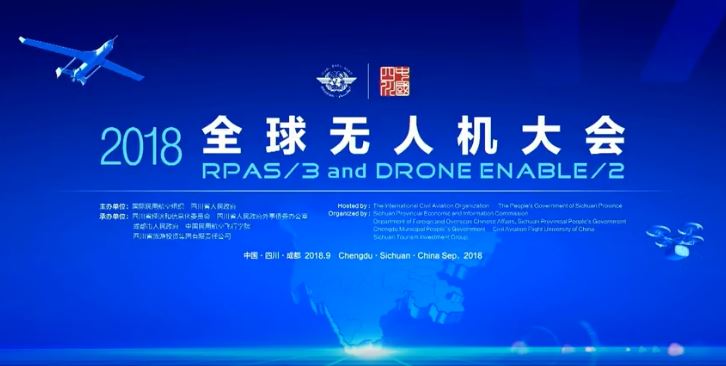 Integrating two completely different cultural, institutional and technical airspace management systems was never going to be easy but what Drone Enable 2 showed that, unlike a year ago, there are now just as many answers as remaining questions as to how the two systems can be fused together.

We now know what we don’t know.

The key components from basic integration of UTM and ATM are not there, according to Mike Lissone, UAS ATM Integration Manager at Eurocontrol. These include a common altitude reference system; flight rules for small UAS; airspace assessment; supporting infrastructure; and co-existence with manned aviation. Latvia is undertaking an airspace assessment to look at how UTM and ATM might co-exist but key issues remain – such as who has right of way when drone VLOS, BVLOs and manned aviation flights take place in the same airspace. It is also unclear what the best UTM communications system might be as the 1090 frequency spectrum in Europe, for example, is already slightly overused.

But we also know what we do know.

How do we go from segregation to integration? “By limiting the amount of data that we show to ATM”, said Pawel Korzec, CEO of Poland’s Drone Radar. “We only need to show integrated data required for ATM. Data gathering data is easy but making a decision on which data to show which stakeholder group will be one of the keys to developing a successful UTM system. In Poland, different consoles with different data sets have been made available to air traffic controllers and drone operators, showing only those drone operations which will require a safety or emergency response from controllers. “They really liked this idea and changed their approach to drones,” said Pawel Korzec.  A three way communications system based on a controller drone data link communication (CCDLC) protocol has been in operation for a year and a half, ensuring that the equipment requirements for all stakeholders are clearly defined and that messages between the operator, the UTM manager and the ATM system can be clearly delivered, read and understood.

We also know than ANSPs can successfully develop and start to operate drone traffic management. The CAAC is trialling an operational UTM system in Shenzhen based on a drone registry system (222,000 operators have registered their UAS in China’s drone registry, according to Yin Shijun, Chief Engineer with the CAAC), a geo-fencing system and a communications & tracking system based on a “cloud exchange platform” which allows operators to request authorisation to fly and the CAAC to manage these authorisations while tracking/identifying each drone flight.

And that ICAO’s role in UTM is about to accelerate

ICAO’s approach to the global regulation of UAS is to divide the challenge into two streams, according to Leslie Cary, Chief, Remotely Piloted Aircraft Systems, ICAO. For remotely piloted aircraft systems (RPAS – nominally defined as high performance platforms designed to fly in controlled airspace altitudes) is to apply (probably) the full 19 globally agreed annexes of regulations (from aerodrome licensing to airworthiness) applicable to manned aviation.  For drones flying at very low level within the UTM framework, new global agreements will be required, such as the internationally accepted remote pilot’s licence, to be mandated by 2022.

Bill Voss, Special Adviser to the Director, Air Navigation Bureau, ICAO, introduced the concept of the organisation launching an internet-based Global Trust Framework to provide national aviation safety regulators with digital certificate to show that a new process or technology has been certified  for global acceptance – especially applicable for UTM and other digital airspace disruptive technologies. “Take the old trust system and add some digital certificates,” he said. “Maybe put it in one central place as a vehicles move around the world there is one central look up point – the trust bridge – so there is central point of digital authority.”

The proposal is that ICAO:

ICAO’s Mark Wuennenberg, Technical Officer RPAS programme, said ICAO is developing a framework document for States covering core capabilities of a UTM system and the first edition addresses the very low level environment. ICAO is continuing its work on a global drone registry network programme to connect the current drone registration systems (such as in the USA and China) while providing a database framework national civil aviation authorities can use to launch their own customised versions. The system should be available in a prototype form by Drone Enable 3 next year.