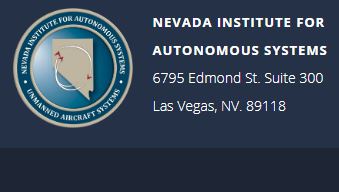 On 15 February 2019, the National Aeronautics and Space Administration (NASA) publicly announced the State of Nevada as an award recipient for the Unmanned Aircraft Systems Traffic Management (UTM) Technical Capability Level (TCL) 4 operation.  This involves Unmanned Aerial Systems (UAS) flying in higher-density urban areas for tasks such as newsgathering, package delivery, and large-scale contingency mitigation. For the first time in U.S. aviation history in a metropolitan area under beyond visual line of sight conditions, Nevada will conduct this NASA demonstration over several months in downtown Reno, Nevada. The State of Nevada UAS Test Site, under the leadership of the NIAS, was selected to execute the NASA UTM TCL 4 operation through an intensely competitive process with six other states.

According to a NIAS press release: “This NASA UTM milestone operation promises to develop a safe and reliable airspace platform to integrate drones into the National Airspace System (NAS). The innovative NASA concept under Nevada’s Smart Silver State (S3) theme will lead UTM to an advanced level only imagined a few years ago. Involving 33 partners, this NASA S3 operation is not just the most innovative concept known for urban beyond visual line of sight and urban air mobility, it’s also a vision to lead the global drone industry toward the next major advancement – to accomplish what the industry is ready to do today.”

“Nevada has become a nationwide leader in emerging technologies, and this distinction propels our state to new heights,” said Governor Steve Sisolak. “This incredible opportunity in an exciting field will allow Nevada to showcase all we have to offer as a hub for pioneering advancements in technology.”

“In January, we were excited to learn that the NASA UTM Project had selected our great State of Nevada, which continues to be a focal point for the UAS industry,” said Reno Mayor Hillary Schieve. “Last year the City of Reno was honored to be selected to participate in the FAA’s UAS Integration Pilot Program, this year’s selection for the FAA’s UAS Traffic Management Pilot Program (UPP), and now we are getting that much closer to Unmanned Aerial Systems flying in our urban areas.”

“We are very excited to partner with NASA on such an important program that will have a significant innovative impact on the global UAS Industry,” said Dr. Chris Walach, Executive/Senior Director of the FAA-designated Nevada UAS Test Site, NIAS and the NIAS Unmanned Aviation Safety Center of Excellence. “We believe UTM is absolutely essential to making the airways safe and deconflicting manned and unmanned aviation.  We look forward to testing the latest technology available globally to advance UTM research with NASA Ames, the City of Reno, the Reno-Tahoe Airport Authority, Switch, our diverse Nevada UAS Industry Team, key Nevada stakeholders, and drone businesses.”

Developing Nevada Drone infrastructure is going to be a major factor in Nevada keeping pace with the exponential drone industry growth and being at the forefront of technology innovations.