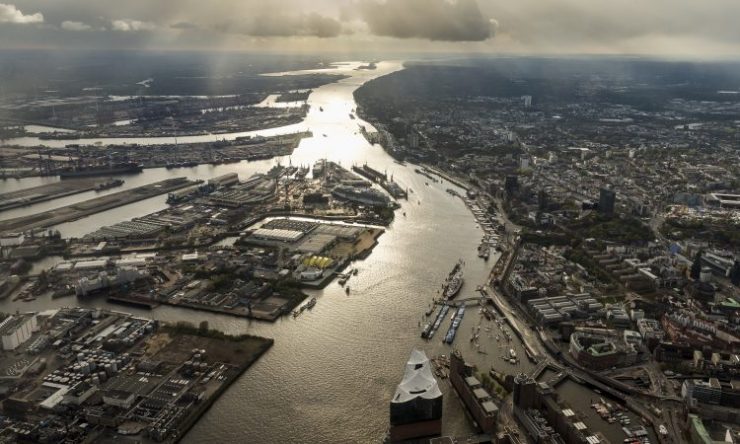 The City of Hamburg is significantly expanding its activities supporting the development of urban air mobility and the civilian use of drones. Senator Michael Westhagemann, Minister for Economic Affairs, Transport and Innovation, announced the move on Tuesday night at a Parliamentary Evening in Hamburg’s state representative office in Berlin.

The “Windrove 2.0” programme builds on the Network for Promoting Drone Activities in Metropolitan Regions, launched in Hamburg in 2017. Within the Hamburg Aviation Cluster and the ZAL Centre of Applied Aeronautical Re-search, the aim for “Windrove 2.0” is to continue the successful networking and open up potential application scenarios for urban air mobility in Hamburg. Hamburg State, the European Regional Development Fund (ERDF), and ZAL will be providing almost EUR 850,000 to fund project management between now and 2022. Since last year, Hamburg has been one of the five German model regions in Europe’s Urban Air Mobility initiative.

“As a city state with short walking distances and close cooperation between the com-mercial, administrative and governmental sectors, Hamburg is predestined to play a role in the development of such an innovative new industry as urban air mobility. But this can only succeed when the benefits are shared by a large proportion of the population, not just individual actors. Identifying and activating such benefits is the guiding principle behind the ‘Windrove’ network,” said Senator Michael Westhagemann, Hamburg’s Minister for Economic Affairs, Transport and Innovation, at the Parliamentary Evening in Berlin.

The application scenarios under consideration for the Hamburg Metropolitan Region was also a matter for discussion at yesterday’s event on urban air mobility, attended by some 120 invited guests at Hamburg’s state representative office in Berlin. Participants in the discussions included political representatives from Hamburg, the Federal German Government’s Coordinator of Aerospace Policy, Thomas Jarzombek, and key aviation players with roots in Hamburg, such as Airbus, Lufthansa Technik and the German Aerospace Center (DLR).