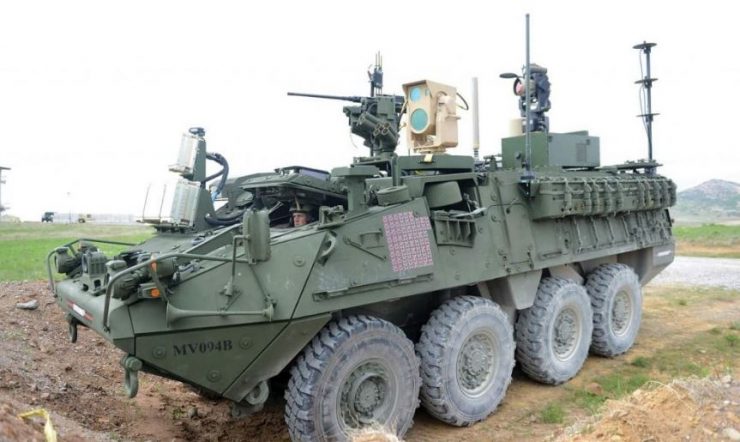 Defence Blog reports that the US Army’s acquisition chief Bruce Jette has confirmed that the Army has plans to equipped Stryker combat vehicles with a modern laser weapon systems.

“Strykers with 50-kilowatt lasers will take a few more years to develop until they can begin to be fielded in 2024, Lt. Gen. James Pasquarette, the Army’s deputy chief of staff also added. A 100-kilowatt laser on a larger vehicle, called the High Energy Laser Tactical Vehicle Demonstrator, will also be tested against a variety of targets in fiscal 2022.”