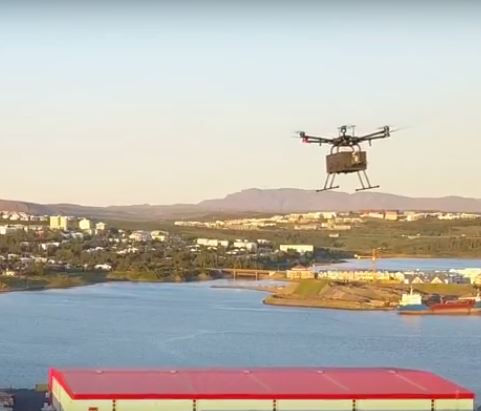 According to Flytrex: “ Using Flytrex’s drone delivery system, AHA is now delivering goods between two parts of the city that are separated by a wide river, dramatically cutting delivery times and costs. Flytrex’s system operates alongside AHA’s existing vehicle-based delivery network, increasing its daily deliveries capacity, without increasing manpower. Whether it’s food, flowers or a new phone, delivering products is now as instant as ordering.”

According to a report in the Times of Israel

“The upgraded service will also include an advanced “InAir” wire-drop system that will safely lower packages directly to consumers’ backyards, beginning with a limited number of addresses and expanding pending approval by property owners.”