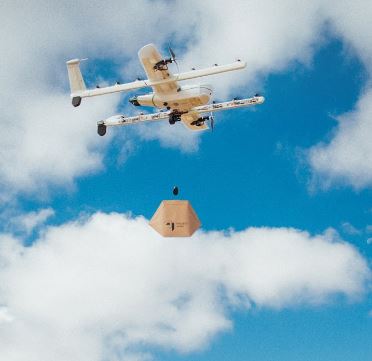 Just six minutes after a technician from Alphabet Inc.’s Wing clicked the “Confirm Order” button on a smartphone app, a drone operated by the company flew from a simulated store in Blacksburg more than a mile away, hovered over a lawn and lowered an ice cream and Popsicle to a waiting customer, reported the news service.

“Today we’re going to see what I’ve been preaching, how drones are going to change your daily experience,” said Mark Blanks, director of the Virginia Tech Mid-Atlantic Aviation Partnership and a sponsor of the test programme. The delivery was to his next-door neighbour. “It works. I’m just excited to see deliveries in my neighborhood.”

“The flights were novel for how many different types of technology were being tested at once, said the company’s Chief Executive Officer James Ryan Burgess. In addition to the technology needed to guide the drone to its drop zones, the company demonstrated a radio-identification beacon, which is similar to what the government plans to mandate soon. It also relied on an existing cellular network for communication and was tracked by a kind of air-traffic system it hopes to introduce. The “purchases” were made on mobile phones using an app it wants people to eventually use to buy items from real vendors…..Wing last month became an independent subsidiary of Alphabet. It was born under what was originally known as Google X, the division designed to spawn so-called moon shots of new ideas.”