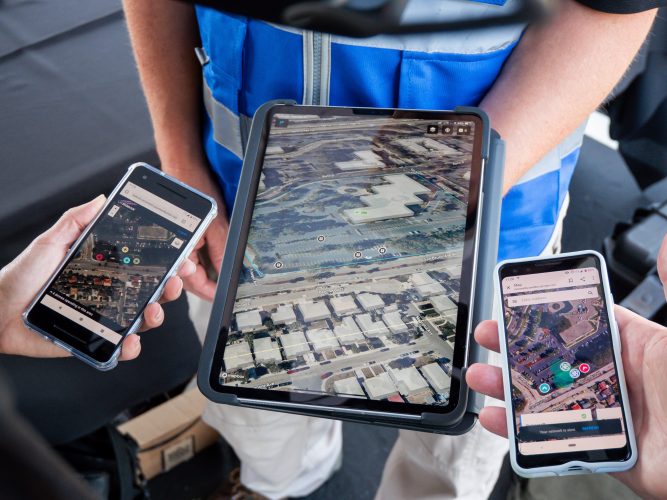 A team of competing UTM service providers have joined forces to participate in two major demonstrations that have confirmed the immediate viability and effectiveness of network based remote identification (“remote ID”) for drones, according to participants.  The conclusions of the demonstrations suggest that it is possible to use industry standards for remote ID services and these services are available today to the drone industry with minimal government infrastructure investment.

These demonstrations took place in the US and Switzerland and were based on a draft standard developed through the American Society for Testing and Materials ASTM International. The proposed ASTM Remote ID Standard represents the consensus among 35 industry organizations and regulators, and is currently in the final stages of a ballot process. The proposed ASTM Remote ID standard covers both network and broadcast methods for remote identification.

These demonstrations showed the benefits of remote ID based on the proposed ASTM standard. Network remote ID allows anyone — including public officials, drone users or bystanders — to identify drones operating nearby. The standard proposes a Discovery and Synchronization Service (DSS), which enables UAS Service Suppliers (USS) to exchange safety-critical information while protecting operator privacy.  The proposed standard:

Different USS were able to exchange data via the Linux Foundation’s open-source InterUSS Platform™. The InterUSS Platform implemented the Discovery and Synchronization Service (DSS) defined in the proposed ASTM standard. Participants showed the effectiveness of network remote ID in a variety of real-world scenarios: 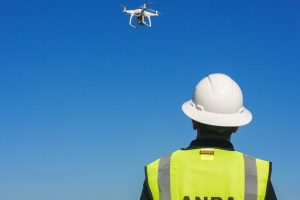 ANRA Technologies collected information about drones flying within a defined area that was subsequently aggregated by ANRA’s Display Provider service, and ultimately viewed on partners mobile and web Display Applications.

The demonstration in Switzerland 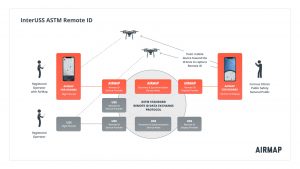 According to AirMap: “In one scenario, multiple UAS were operating in the same airspace volume and a curious citizen sought to know more about a fast-moving UAS as it passed by. The remote ID display application revealed that the fast-moving aircraft was making a delivery and offered a URL to provide additional information. Even though the UAS was no longer within visual line-of-sight, the citizen could still successfully access general information about the operation, thanks to the interoperable data exchange provided by the ASTM standard across multiple participating UAS Service Suppliers (USS) like AirMap. In another use case, a model aircraft hobbyist used the AirMap for Drones pilot application to obtain a recreational LAANC approval to fly in controlled airspace while an interested observer used a remote ID display application to learn more about the model aircraft organization and the LAANC process. This was made possible by the ASTM standard, which does not require that an operator have specific aircraft equipage to be remotely identified when he or she flies with LAANC in controlled airspace.”

A similar busy drone airspace scenario was conducted with drones reliably identified on five different remote ID display applications, reports Wing. The modeller/hobbyist scenario was also repeated, showing how non-equipped drones can still participate and be identified via network remote ID. In addition, the demonstration included a scenario illustrating another valuable capability of ASTM network remote ID – drones moving quickly out of sight. A fast-moving drone can be out of sight and out of range for broadcast remote ID before a person can open their cell phone and open a remote ID display app. The demonstration showed how network-based remote ID enables users to identify drones that were operating in the area up to 60 seconds ago.

AirMap supplied core components of the ASTM remote ID standard implementation, including a DSS node, a Remote ID Service and Display Provider Service, and an AR-powered Remote ID Display functionality to participating observers using the AirMap for Drones mobile application. An interface developed by INVOLI displayed the position of the drones participating in the demonstration, based on data received from Wing, whose system allows UTM service providers to exchange information with respect to the drones connected to each of their platforms. This enables each service provider to have the same information on the flying drones.

“The demonstration was a success, both from a technological and collaborative perspective:
different technologies were put to work together and so were the people behind, coming from
different areas of the industry and from different corners of the world,” said Manu Lubrano, CEO & co-founder of INVOLI. 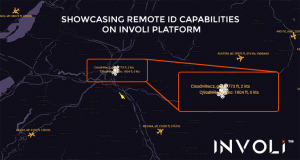 “The demonstration provided confidence that industry-developed solutions with appropriate regulatory oversight is a viable path forward,” says Wing, in a press release.