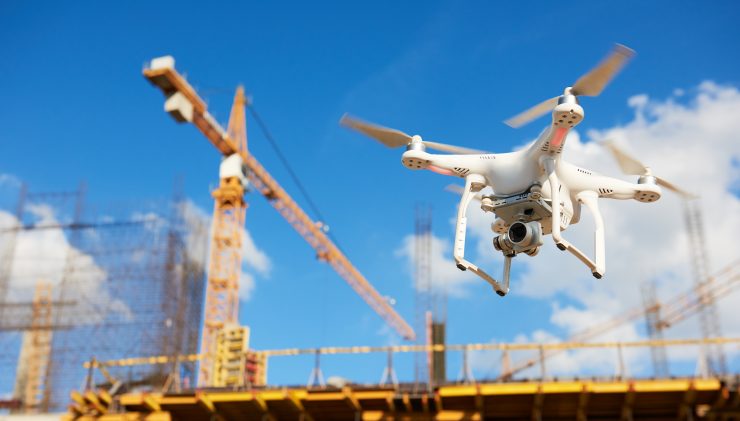 Earlier this year Poland became one of the first countries in the world where commercial drone operators could apply for beyond visual line of sight (BVLOS) flight authorisations using a simple-on-line request form. Like many countries around the world Poland has introduced a free on-line drone registration scheme but unlike many countries the on-line tool can also process – for a fee – flight authorisation requests. It costs drone operators around EUR 9 for an authorisation reservation number.

Done operators in Dubai are not so lucky. There, it can cost up to AED520 (EUR 125) to register a drone for commercial flights. In terms of authorisation fees, “for filming, this would usually be Dubai Film and TV Commission (DFTC) who in turn get approvals from the Ministry of Defence. Fees are around AED 3,300 (EUR 791) and upwards depending on filming location. For reducing the processing time to five working days, (operators) could pay an additional online fee of AED 5,100 EUR 1,222) to DCAA.”  In Switzerland the cost can be even more.

*Costs as published and reported – individual charges may differ. These tables are examples and not a complete global breakdown.

Very wide gaps are appearing in the way different States charge for the services they offer, reflecting their very different priorities. In theory there are five areas in which civil aviation authorities (CAAs) and air navigation service providers (ANSPs) can charge drone operators for their services:

Most commercialised ANSPs, when considering how to fund their UTM programmes have followed the ENAV business case (see https://www.unmannedairspace.info/uncategorized/enav-estimates-eur-75-million-utm-income-2028/) which is predicated on income from commercial drone services bringing in revenues of EUR 70-75 million between 2018-2028 which will more than cover the EUR 50-60 million operational and development costs over the same time. Most of these costs will be generated by charging commercial operators for BVLOS authorisations and Italy, like every other country in the world at the moment, has no public plans to charge private operators for VLOS hobby flights.

While most drone registration costs are either free or relatively low, flying commercial drones in Dubai and Switzerland is an expensive business. Many in the UTM industry believe the cost for those commercial services which are currently allowed will come down as drone numbers increase.

Most ANSPs are currently prioritising free or low cost registration systems to ensure as many drones as possible are logged in with the regulator for security and identity reasons. But costs and charges for authorising commercial drone flights vary considerably.

There are also widely differing views on how flight monitoring and ID systems are to be introduced – via mandated, government supplied “tracking boxes” or vie operator-installed systems which can be accessed and monitored by the ANSP/regulator. India, for example, is planning to equip No Permission No Take-off (NPNT) hardware pre-programmed with no-fly zones and integrated within the Digital Sky Platform flight registration and authorisation system.

As commercially-minded ANSPs look to launch their UTM systems to support commercial BVLOS flights in 2020 the economics of registering, licensing and flying these operations are likely to become even more diverse. No doubt national drone lobbying groups will intensify the pressure to bring down charges to the lowest available or risk, they will argue, other states gaining a competitive advantage in this new, fast-growing industry,