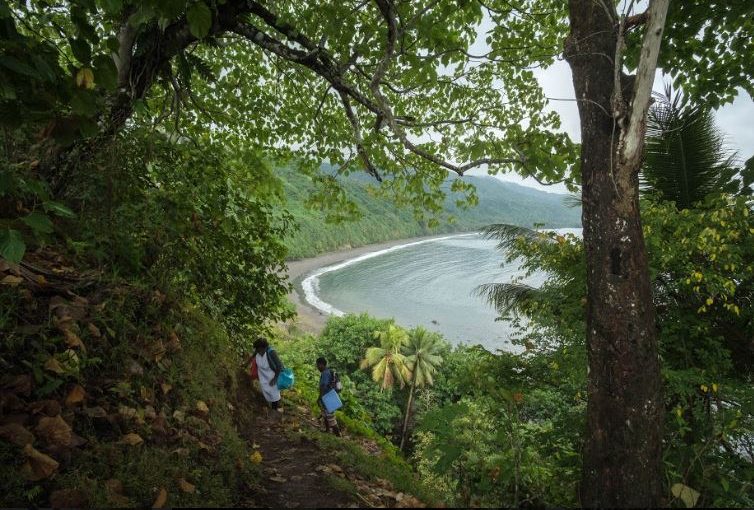 UNICEF reports that the Vanuatu Government has awarded two international drone companies, Swoop Aero and Wingcopter, with commercial contracts to trial the use of drones to bring lifesaving vaccines to children living in remote rural islands.

Two contracts were awarded to Swoop Aero Pty Ltd of Melbourne, which will cover vaccine delivery to health facilities on Epi and the Shepherd Islands as well as Erromango Island. Wingcopter Holding GmbH & Co. KG of Darmstadt, Germany, was awarded the third contract to deliver vaccines to facilities on Pentecost Island.

The first phase of the drone trials will take place during the week of 3-7 December when these two drone companies will test the viability of delivering vaccines to inaccessible areas.

“UNICEF is proud to partner with the Vanuatu Government in such an innovative initiative to trial drones for delivering a reliable supply of vaccines to children living in remote communities,” said UNICEF Pacific Representative, Sheldon Yett.

“The challenges of reaching children in the remote islands of Vanuatu are immense, nurses often walk several hours to deliver vaccines to health clinics in these communities,” he added. “Every child in the world has the right to lifesaving vaccines and this technology is a step towards reaching those children most at risk.”

Through the Government’s competitive procurement process, a total of twenty bids were received and evaluated from drone companies within the Pacific region and countries around the world.

“Ensuring vital supplies at health facilities are consistently available is an ongoing challenge for Vanuatu due to geography, logistics and high costs,” said Director General of the Ministry of Health in Vanuatu, George Taleo. “An important step for dealing with some of these challenges to providing healthcare to vulnerable communities is looking at innovative ways such as the use of drones.”

Vanuatu is an island country in the Pacific, an archipelago of 83 islands that covers 1,600 kilometres. About one-third of the inhabited islands have airfields and established roads, which creates considerable logistical challenges to reach, engage with and support remote communities.

During the first phase of the drone trials in December, drones will take off from the old Takara airstrip, North Efate. Flying over the offshore islands of Emao, Pele and Nguna drones will drop off a package at a cordoned off area at Siviri football field returning to land at Takara. The second phase of the trial, which will transport vaccines to health facilities on the three islands, is expected to commence in early January 2019.

The drone trials will engage health care workers from the facilities on the selected islands, as well as teachers, children and government officials, which is vital to share knowledge and expertise.

This initiative is led by Vanuatu’s Ministry of Health and Ministry of Infrastructure & Public Utilities through the Civil Aviation Authority of Vanuatu. Technical support and financing are provided by UNICEF and the Australian Government Department of Foreign Affairs and Trade’s innovationXchange.