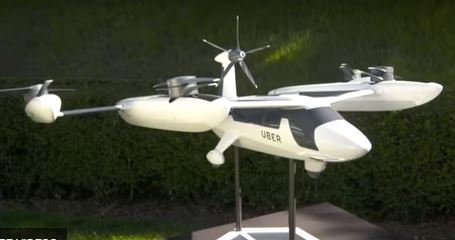 At today’s Uber Elevate conference the company announced it plans to have its prototype UberAIR electrically-powered air taxis flying in 2020, with commercial operations starting in 2023.

Uber, quoted in numerous news reports, says it plans to start its four-seat taxi services in Dallas and Los Angeles. The autonomous air taxis (piloted by humans in the early versions) will operate vertical takeoffs and landings from dedicated rooftop “skyports” and at a costs affordable to the general public.

The prototype versions will have wing-mounted rotors and fly at altitudes 1,000 to 2,000 feet above the ground.