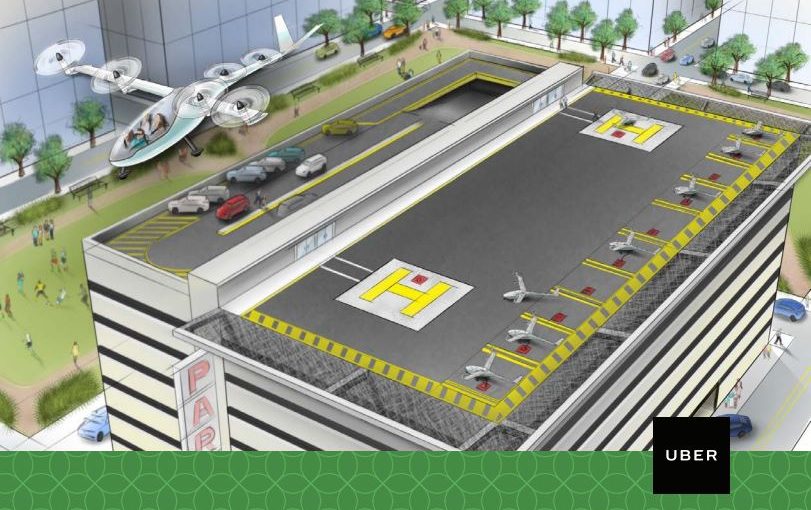 Uber is taking part in a joint industry and government push with NASA to develop software to manage “flying taxi” routes, reports Reuters.

NASA said in a statement it had signed a generic agreement in January with Uber that enables the company to join a variety of industry partners working with NASA to develop a range of driverless air traffic management systems. That deal calls for Uber to be involved during phase 4 of this work, which is scheduled to begin in March 2019, NASA said.

According to Reuters “Phase 1, completed in 2015, involved field tests and ongoing testing at a U.S. Federal Aviation Administration (FAA) site for drones used in agriculture, fire-fighting and pipeline monitoring, NASA has said. Phase 2 in 2016 considered long distance uses in sparsely populated regions, while Phase 3 in 2018 will test services over moderately populated areas, leading to Phase 4 testing in high-density urban areas in 2019.

The report continues: “Uber envisions a fleet of electric jet-powered vehicles – part helicopter, part drone and part fixed-wing aircraft – running multiple small rotors capable of both vertical take off and landing and rapid horizontal flight…Uber is building software to manage networks in the sky of flying taxis and working with manufacturers including Aurora Flight Sciences, which was acquired by Boeing last month. It has also signed up Embraer, Mooney, Bell Helicopter, and Pipistrel Aircraft to develop new vertical takeoff and landing aircraft for the service.”

“Ultimately, if VTOLs can serve the on-demand urban transit case well — quiet, fast, clean, efficient, and safe — there is a path to high production volume manufacturing (at least thousands of a specific model type built per year) which will enable VTOLs to achieve a dramatically lower per-vehicle cost. The economics of manufacturing VTOLs will become more akin to automobiles than aircraft. Initially, of course, VTOL vehicles are likely to be very expensive, but because the ridesharing model amortizes the vehicle cost efficiently over paid trips, the high cost should not end up being prohibitive to getting started. And once the ridesharing service commences, a positive feedback loop should ensure that ultimately reduces costs and thus prices for all users, i.e. as the total number of users increases, the utilization of the aircraft increases. Logically, this continues with the pooling of trips to achieve higher load factors, and the lower price feeds back to drive more demand. This increases the volume of aircraft required, which in turn drives manufacturing costs down. Except for the manufacturing learning curve improvements (which aren’t relevant to ridesharing being applied to automobiles), this is very much the pattern exhibited during Uber’s growth in ground transportation, fueled by the transition from the higher-cost UberBLACK product to the lower-cost and therefore more utilized uberX and uberPOOL products.”