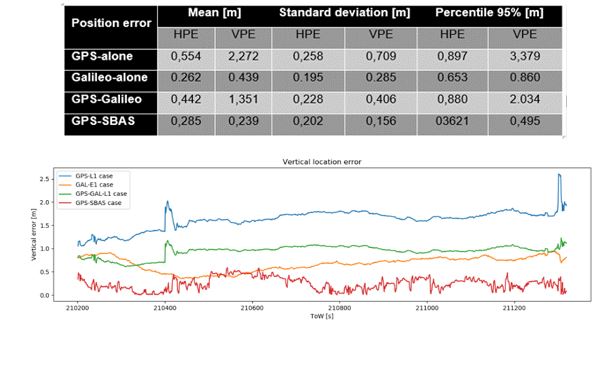 VVA, together with GMV and CATEC, has been contracted by the European Commission’s DG GROW to provide support to the standardisation actions for European global navigation satellite systems (GNSS) EGNOS and Galileo in the drone/RPAS/UAV sector. This project was launched in September 2018 and will run until the end of September 2019. It falls under the overall context of the Space Strategy for Europe, adopted by the Commission in October 2016, and focuses on the aviation segment, more specifically on drones. The project is a contributor to the U-Space Network of Demonstrators set up by the European Commission.

The consortium performed and analysed the results of three dedicated test trials focusing on different aspects of drone operations to understand how European GNSS can play a role in a safer and more efficient deployment of UAVs in real-life scenarios. The first two trials, the focus of this article, took place at the ATLAS (Air Traffic Laboratory for Advanced unmanned Systems) facilities located in Villacarrillo, Jaén, Spain, whilst the third one was performed in Villacarrillo’s urban environment.

The first trial took place on the 19  March and involved one fixed-wing drone and two multicopters, whilst the second trial was performed on the 23 and 24 of April with one fixed-wing drone and one multicopter. The main objectives of the trials were joint analysis of all GNSS outcomes (i.e. GPS only, GPS+EGNOS, GPS+Galileo). GPS+Galileo+EGNOS). Trail one examined static geo-fencing and geo-caging; while trial two examined dynamic geo-fencing & geo-caging and C-2-link loss analysis

The main outcomes of trial one

The results are clear in showcasing how the use of Galileo in dual constellation with GPS significantly improves the positioning errors compared to the GPS-only accuracy performance and this both for the horizontal as vertical dimension. As presented in the table above, the introduction of EGNOS in the single constellation with GPS significantly improves the accuracy performances even when considering GPS+Galileo.

Please note that the table and figure presented corresponds to an example with the results for single-frequency solutions of multicopter one Flight Plan one.

Looking at the Integrity, the achieved protection levels both at horizontal and vertical levels were achieved well below the requirements defined for aviation LPV-200. Both availability and continuity percentages across single-frequency solutions of GPS-only and GPS+Galileo reached 100% for all drones during all test phases.

From the operational point of view, it was observed that achieved performance may strongly depend on the installations of on-board equipment (e.g. antennas) and the designs of mission (e.g. aggressive manoeuvres with a high bank angle that may compromise the reception of the GNSS signals).

Similar to the results from trial one, the use of Galileo significantly improved the accuracy performances when combined with GPS versus the GPS-only solution. Generally, the improvements are more significant in the vertical than in the horizontal dimension..

Looking at the integrity, the achieved protection levels both at horizontal and vertical levels were achieved well below the requirements defined for aviation LPV-200, although they are larger for fixed-wing UAS than for multicopter. It has to be recalled that suitability of manned aviation hypothesis (e.g. multipath model) for some specific UAS environment has to be further investigated. Both availability and continuity percentages reach very high values for all GNSS solutions during the missions performed with the fixed-wing UAS, reaching 100% with the multicopter.

The assessment of the GNSS solution in the permanence time over the restricted area and reaction time has been performed considering a dynamic geofencing activation and the total amount of seconds where the UAS was inside the area are collected in the following table.

Positioning has a very little influence in the permanence time over the restricted area because the accuracy provided by this solution is negligible compared with the distance flown in one second by the UAS.

Finally, the analysis of C-2 link loss showed that manoeuvre caused very high roll angles in the UAS provoking a sudden satellite loss and making every positioning solution unavailable. Then it is recommended to limit RTH or emergency procedures to perform these swerves not only by the load factor diagram but also by the balance angle performing smoother turns. Some kind of filtering solutions could be also used to propagate the UAS location during short outages.

The third trial took place on the 25 and 26 June and involved a single multiCopter. This final test was executed in the urban environment of Villacarrillo, putting the UAV in a more demanding environment. The upcoming fourth article will focus on the results, which have been finalized at the end of July.