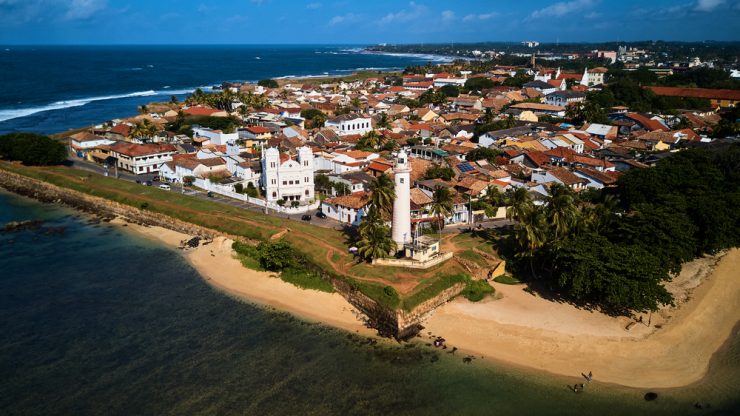 Associated Press reports that Sri Lankan authorities have lifted a ban on drones that was imposed after the Easter Sunday attacks that left 263 people dead in the Indian Ocean island nation. Restrictions on drone operations were imposed on May 13, 2019 citing security concerns.

“The lifting of the ban comes amid a growing demand for flying drones from media institutions, foreigners, wedding videographers and photographers, and commercial advertising companies. However, drone operations will continue to be restricted in dangerous and restricted flying zones.”

“Civil drone operators are required to obtain a prior approval from the Defence Ministry. CAA permits drones to operate only in the requested location and for mentioned purpose. Demand for civilian drone operations are increasing The Government…is to introduce new regulations on drone operations, which was banned in the aftermath of the Easter Sunday attack in mid-April, last year…According to instructions, the ban will continue to be restricted for drone operations in dangerous and restricted flying zones.

“Civil Aviation Authority (CAA) Director Operations Lushan Fernando told defence.lk with lifting the ban on drone operations, there will be some regulatory changes on some categories of drones prior to getting them registered in the CAA. He said each drone operator had to get the clearance from the Defence Ministry and come to the CAA with the drone to get registered in its database.

“We have to check the drone, its weight, camera etc before granting permission. A sticker will be issued for approved drones to operate,” he said.

“According to Fernando, under new regulations the drone operators will be given permission by the CAA to operate only in the requested location and also for the mentioned purpose.

“They will also be given permission to operate the drone only for the requested time period,” he said adding that there is a significant demand for flying drones from media institutions, foreigners, wedding videographers, photographers and commercial advertising companies.”