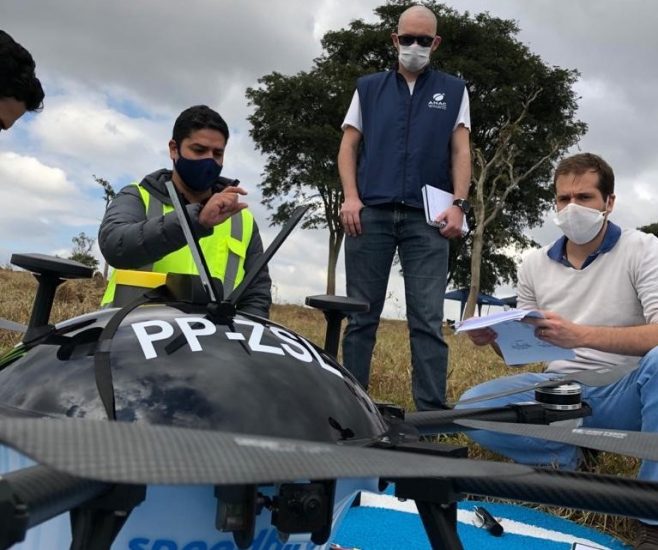 Latin American aerial logistics company, Speedbird Aero, has signed a multi-phase integration deal with Israeli company ParaZero for its new fleet of autonomous delivery drones. As part of the project, Speedbird Aero will integrate ParaZero’s SafeAir autonomous parachute recovery systems into its entire fleet of delivery drones, which consists of three proprietary platforms, including a new VTOL and multirotor system.

Speedbird Aero has now expanded its portfolio of delivery solutions to include platforms that are capable of broadening their distribution network, thus enhancing their logistics capabilities and further optimizing their supply chain operations.

The impetus for Speedbird Aero’s growth has been, among other factors, a strategic alignment with leading Latin American companies such as iFood, ABInbev, B2W and Hermes Pardini. Speedbird Aero is now offering, at scale, an on-demand delivery service that combines drone delivery with other forms of last-mile transportation, including electric motorcycles, bicycles, e-scooters, and e-bikes.

Since its landmark 2020 drone delivery approval, Speedbird Aero has now flown over 700 BVLOS flights and more than 1,000 urban environment hours, including parcel delivery over shopping malls and other advanced operations. The total delivery flights to date exceeds more than 4,000 deliveries and continues to grow in scale.

The ParaZero SafeAir is a drone safety system designed to mitigate flight risks autonomously, using integrated sensors to continuously monitor and analyze flight patterns and flight data of the drone to immediately detect any sign of a critical failure. When triggered, the SmartAir Pro, ParaZero’s on-board computer, responds with an instantaneous activation of the SafeAir system, cutting power to the drone, eliminating any risk of injury from rotors, alerting people on the ground with an audible alarm, and autonomously deploying the parachute, bringing the drone down to the ground in a safe, controlled descent.