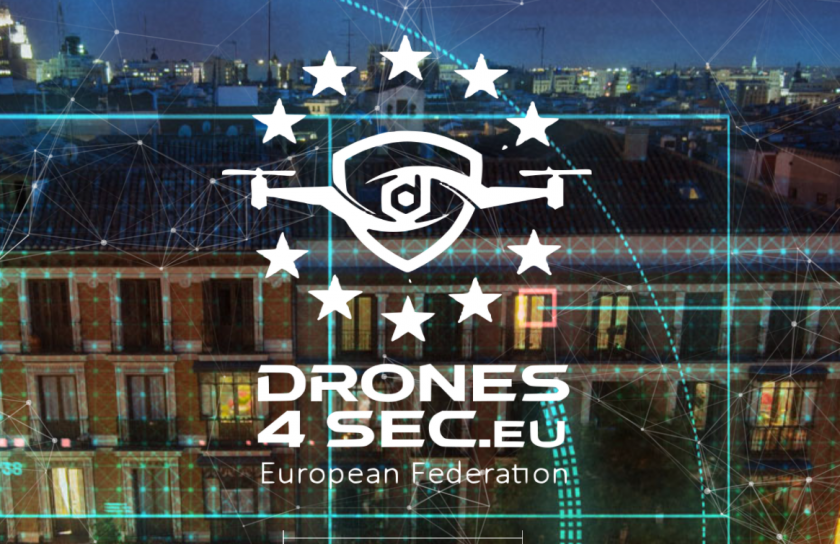 A new European trade association of security drone operators and manufacturers has been launched. Drones4Sec is headquartered in Paris. “Faced with the growing use of drones, European players in the field have decided to join forces by launching today the very first European federation of security drones, Drones4Sec,” said the organisation on 22 June.  “Objective displayed? Defend a model of European sovereignty in robotics and drones, by encouraging innovation and intra-European technological cooperation and convincing decision-makers of the necessary data protection.

“Covering aerial, land or sea drones, Drones4Sec was founded on the initiative of the major French players in the field: Obvious Technologies, Onera, Orange Cyberdefense, Parrot, Photonis, Shark Robotics, Wisekey. The chairmanship is held by the PARROT group, represented by its safety manager Victor VUILLARD, while the vice-chairmanship goes to Shark Robotics. The ZENON7 company specializing in European Affairs and Economic Diplomacy will act as the General Secretariat. Mr. Thierry BERTHIER will be the scientific advisor. The first working colleges of the Federation were created, and in particular the creation of the automatic flight college piloted by the company HOVERSEEN. Icarus Swarms by Dronisos also confirmed his wish to join the federation by taking the lead of the college on the swarm flight. DRONES4SEC thus brings together both drone manufacturers, suppliers of components or strategic expertise and suppliers of software solutions that orchestrate the deployment of drones or exploit data from drones.”