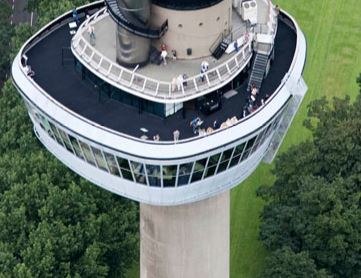 Geographical data capture company Skeye reports it has successfully demonstrated to the Rijkswaterstaat, the Directorate-General for Public Works and Water Management in The Hague, the Netherlands, fully automated and safe drone flights using the 4G mobile network and TerraUTM of Terra Drone Corporation, thereby eliminating the need for a pilot near the drone.

The demonstration was part of the Drone Challenge organised by the Rijkswaterstaat to demonstrate the capabilities of drones in various (staged) disaster response scenarios.

According to the Dutch DroneWatch news site competitors showed what the use of drones can mean for Rijkswaterstaat in the field of incident and traffic management. The goal was to get the images as much as possible via automatically flying drones, so with as little human help as possible. The site quoted Henk Voerman of the Rijkswaterstaat:

“During two days, the three competitors carried out various assignments. These assignments are based on real situations that Rijkswaterstaat has to deal with in practice, such as quickly identifying the situation after a collision on the water…The parties were assessed during the implementation on the following aspects: minimizing the deployment (time) of the drone pilot; effectiveness of the flight (adequate images); the detection and evasion of obstacles; possibilities for intervention and / or termination of an automatic flight if the situation requires it…The results of the Drone Challenge will be announced later this year. ”