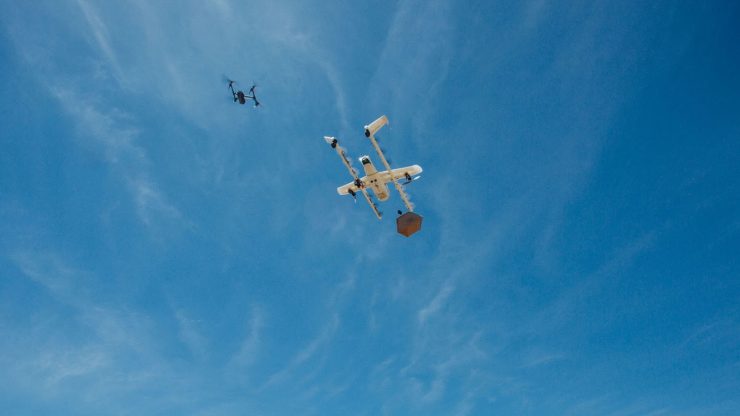 Drone delivery company Wing has issued a press statement which outlines its view on how the new ASTM International standard for sharing UTM information (https://www.unmannedairspace.info/news-first/astm-international-publishes-standards-for-remote-id-and-tracking-of-drones/) can help to address some of the “challenges” contained in the recent Notice of Proposed Rule Making (NPRM) on drone identification issued by the US Federal Aviation Administration.

“Wing is committed to the safe, open, and secure use of airspace. To that end, Wing supports the remote identification of drones (“Remote ID”), which will help to protect the public, promote responsible flying, and keep our skies open to all users. Following the December release of the FAA’s Notice of Proposed Rulemaking (NPRM) for Remote ID in the United States, Wing welcomes the publication this week of a new ASTM International standard for Remote ID. The ASTM standard reflects two years of collaboration between regulators and industry. It demonstrates that Remote ID can be implemented in a way that supports a diverse drone ecosystem, protects privacy, and enables hobbyists to participate in the airspace.

“While Wing agrees with the objectives of the FAA’s NPRM, the proposed rule poses some challenges as drafted. The ASTM standard can help to address some of these challenges, and Wing looks forward to providing detailed public comments to the FAA as part of the rulemaking process.

“Wing believes that simple changes can resolve the challenges presented by the proposed rule in a safe and secure way, and enable Remote ID to be implemented quickly with existing technology:

“Drones are diverse. Drones range from sophisticated commercial systems to off-the-shelf aircraft and home-built models. The rule should outline viable pathways to compliance for all commercial and recreational operators. It should permit operators to select any form of Remote ID that delivers the necessary performance.

“Privacy is important. Unlike passenger aircraft flying between airports, drones operate between people, shops, hospitals, and homes. The draft rule requires operators to share substantial data with few controls. That data may reveal sensitive information about customers and operators. Remote ID data should be capable of effective anonymization, and limited to essential information. The storage of this information should be restricted in accordance with a legal process.

“Our skies are open to all. Hobbyists are vital to innovation in the United States. However, the proposed rule would make it difficult for hobbyists to build and operate their aircraft. The final rule should recognize alternative ways for hobbyists to identify their drones, including via smartphone, and should avoid limiting their participation in the airspace.

“Remote ID can be implemented in a way that supports safety and security, respects privacy, and offers viable pathways to compliance. Working with ASTM International, the drone industry has developed a technical standard for Remote ID. The final rule should adopt the approach outlined in the new standard.

“The ASTM standard follows nearly two years of collaboration between regulators, drone manufacturers, and drone operators worldwide. Together with industry partners, police, and regulators, Wing has demonstrated the standard in real-world operations across the United States and Europe. The standard:

Supports a diverse range of drones. The ASTM standard outlines two methods of compliance: 1) broadcast information locally with onboard equipment; 2) share information widely via a network of UAS Service Suppliers (“USS”). Wing believes that the final rule should allow operators to choose the best Remote ID system for their operation so long as it meets required performance.

Balances transparency and privacy. The ASTM standard enables observers on the ground to identify and verify nearby aircraft. However, it incorporates a number of technical mitigations to protect the privacy of drone customers and operators. Wing believes the final rule should incorporate the privacy protections of network Remote ID as described in the standard, and outline clear privacy protection requirements.

Keeps our skies open to all. The ASTM standard supports all kinds of operators. Compliance is simple and affordable, and operators can identify themselves without additional equipment or infrastructure. Wing believes that the final rule should allow hobbyists with low-risk, basic-capability aircraft to register their flight intent via the USS network on publicly available smartphone apps. This is consistent with the ASTM standard for non-equipped participants, and similar to authorizations for airspace access under LAANC. Further, Wing believes that community based organizations should be permitted to establish and renew exempt flying sites beyond twelve months.

“The ASTM standard demonstrates that Remote ID can be implemented swiftly in a safe, fair, and effective way that maximizes compliance. Wing encourages the FAA to adopt the same inclusive approach in the rule for Remote ID, and looks forward to providing detailed comments to the FAA in the near future.”