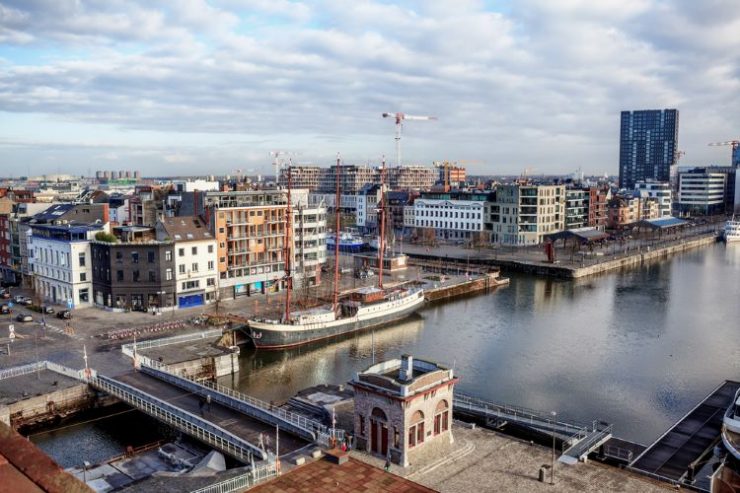 The SAFIR consortium (Safe and Flexible Integration of Initial U-space Services in a Real Environment) has held an Open Day hosted by the Port of Antwerp to demonstrate a range of industrial and commercial drone applications integrated within a networked, integrated UTM or U Space system.

According to a consortium press release: “The demonstrations proved that interoperable, harmonised and standardised U-space services can be deployed in a safe and reliable manner across Europe….The SAFIR use cases were first successfully tested at the state-of-the-art secured test environment of DronePort in Sint-Truiden. Its large flying areas for both manned and unmanned aviation make DronePort the perfect setup for developing and testing an ecosystem where both kind of aircraft can operate alongside in a safe context. Next, the consortium showed their drone operations in a realistic urban and industrial environment including the city and port of Antwerp. The different use cases proved the ability of drones to safeguard critical areas, such as an international port or an urban environment.

“Covering over 120 km2, the port of Antwerp is a very large area with critical infrastructure. The SAFIR project has proven that the use of drones is an immense addition to the safety as the port authorities can manage, inspect and control a large area in a swift and safe manner.

Marc Kegelaers, CEO of Unifly said: “With the SAFIR project, we have implemented a multi-level authorisation process, interconnected multiple UTM systems, and have flown a variety of drone types over an operational port and a city in an area that was very close to the extended center line of an international airport. With this, we have shown that the UTM technology is now ready to serve the drone industry and can be used effectively as a risk mitigation system to allow and monitor drone flights- even in a challenging environment.”

Erwin Verstraelen, Chief Digital and Innovation Officer, Antwerp Port Authority said: “As a port authority, we want to be the regulator on land, on the water and in the air. Our goal is to have a network of autonomous drones for a live feed of the various port activities, a useful tool for the entire port community.