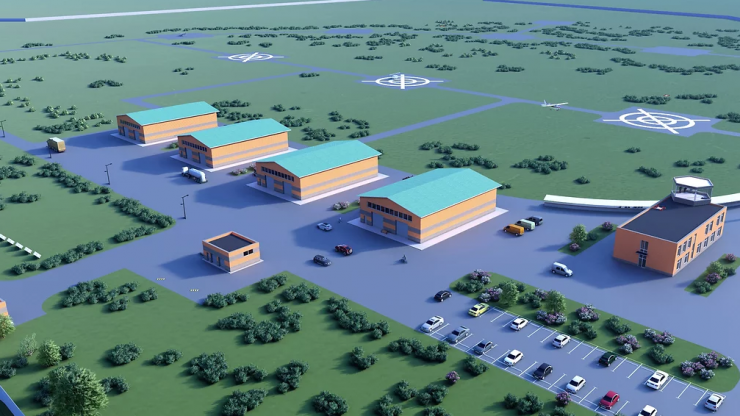 The Russian government has made available US7.1 million for funding UAS traffic management research in the country. The grant from the National Technological Initiative (NTI) fund will finance UTM trials at the newly-formed IANS UAS test site in the Tver region, Zubtsovsky district, Pogorelsky.

“The second UAS framework project for which the governmental financial support from the NTI fund was provided is a system for integration of unmanned and manned aircraft into a common airspace RUTM-1 (Russian Unmanned Aircraft System Traffic Management). The grant equal to USD7.1 million dollars from the NTI Project Support Fund is allocated for the implementation of the first phase of the RUTM system deployment.

“The project will allow to automatically provide airspace for UAS, maintain safe flight separation minima and prevent conflicts in the air. It is also planned to create areas of joint air navigation and information services for both unmanned and manned aircraft. Consequently, all necessary conditions for the safe and efficient operation of unmanned and manned aircraft in a common airspace will be created.

According to the IANS:

“The UAS Test Site provides an opportunity to use flight and digital platforms for abovementioned tasks. The flight (experimental) platform of the UAS Test Site is a software and hardware complex that provides all types of UAS flight tests. The UAV, as a test object, has different levels of technical maturity, reliability and safety at different stages of its life cycle. Therefore, the flight platform is designed to provide flight tests throughout the entire UAV development process (from the technology demonstrator to the prototype subject to certification).

“The digital platform of the UAS Test Site is a software and hardware complex that provides accelerated assessment of UAS compliance with airworthiness standards (certification), as well as testing of UAS under development. The digital platform is designed for implementing virtual UAS flight tests, as well as services for end-to-end digital processing of test data. It verifies the compliance of UAS characteristics with the requirements of airworthiness standards and technical specifications.

“The following objects can be tested at the UAS Test Site:

“Moreover, the UAS Test Site is an ecosystem for developing technologies for UAS integration into the common airspace.”