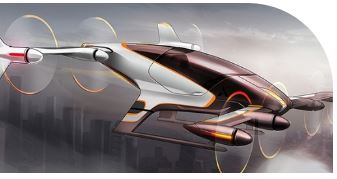 One of the key issues is that personal flying vehicles based on COTS technologies do not fit into the airworthiness certification standards based on aircraft with 40 year lifecycles. “Current drones have an operational life of between nine months and a year and a half,” said Mike Gadd. With today’s aircraft we have detailed data on the materials and systems involved, he said, but using COTS technologies does not provide the regulator with the same base of data.

ISO/TC20/SC 16 is being developed by the International Organisation for Standardization to cover general specification, product systems, operational procedures and categorization and classification of civil unmanned aircraft systems and should be published next year, providing some industry-sourced baseline safety standards, which should help regulators around the world.

For the moment the UK CAA is using Health and Safety Executive guidelines on the protection of the public as the metric for deciding whether a drone operator meets the required safety standards.

“We then have to look at how they will share this airspace,” said Mike Gadd. “For example, should we prioritize drones with defribulators over drones carrying passengers?”

“Then we have ground-based surveillance system – those systems are advisory, at best. There will be huge numbers of aircraft with different performance capabilities so the question is how do we manage those in dense airspace and what safety level will we require. These systems do not align with current certification frameworks.”