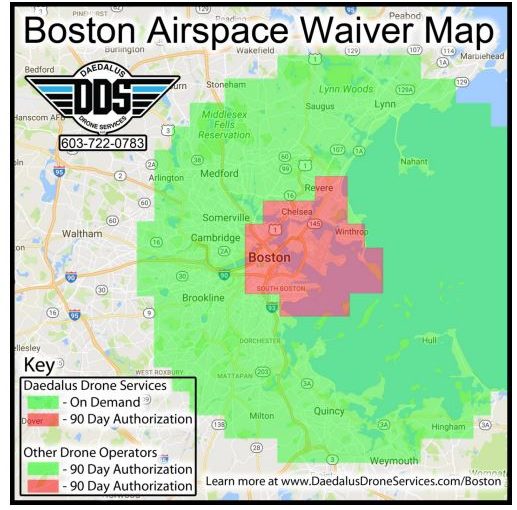 Without this first of its kind waiver, it can take more than 90 days to receive approval for a single commercial drone operation in Boston’s restricted airspace, which significantly limits an organizations ability to utilize drone technology. Federal law prohibits commercial unmanned aircraft operations in Boston Logan’s Class B (restricted) airspace without prior authorization (see 14 CFR 107.41). The restricted airspace encompasses an 18 mile wide circle surrounding Boston’s Logan airport; expanding into Saugus, Brighton, and Quincy. To operate in the restricted airspace, the FAA requires that authorization requests be made at least 90 days prior to the anticipated operation. This prohibits routine and on-demand commercial drone services in much of the greater Boston area.