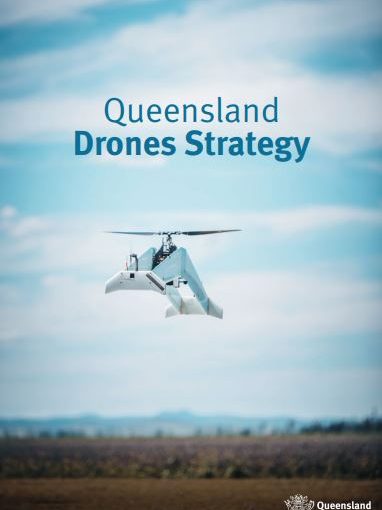 (https://www.premiers.qld.gov.au/publications/categories/plans/assets/queensland-drones-strategy.pdf) which includes the development of a specific commercial drone zone, a common-user site for the commercial testing of aerial drones by 2020 and the establishment of an independent body to facilitate the development of industry consensus standards to support the assessment and certification of autonomous and robotic technology.

“The site, to be identified and developed by the Department of State Development, Manufacturing, Infrastructure and Planning, and the DCRC TAS will support industry by significantly reducing red tape for testing drones, speeding up development of new technologies and enhancing Queensland’s reputation as an attractive place to invest in new drone technology development and testing.

The local government will also monitor and evaluate other jurisdictions’ use and testing of new drone applications and technology and inform Department of Transport and Main Roads’ (DTMR) led trials and testing of emerging uses of drones. DTMR will engage with the Civil Aviation Safety Authority (CASA) to learn from these experiences and bring new-to-state opportunities for local industry, national and international investment.

“Establish an independent body to facilitate the development of industry consensus standards to support the assessment and certification of autonomous and robotic technology through the Civil Aviation Safety Authority (CASA) and the Defence Aviation Safety Authority. The Department of Environment and Science and the Department of Innovation, Tourism Industry Development and the Commonwealth Games will work with the DCRC TAS to establish the accreditation organisation, with up to AD3 million in funding available for this purpose. The organisation will be established by December 2018, with the expectation that it will operate as a self-sustaining, fee -for -service organisation able to service defence and non-defence industries by 2021.”