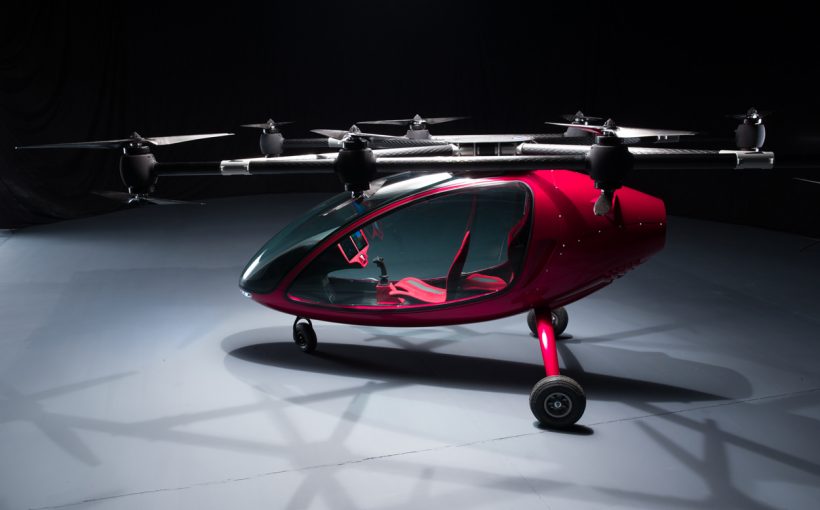 Passenger Drone has announced the launch of an autonomous manned aerial vehicle.

Slightly larger than a small car, the Swiss-based company has designed and now flown a vehicle which works by touch-screen; passengers simply select their destination, sit back and watch the drone take over, flying up to speeds of 80 km/h.

It is equipped with 16 electric engines. The vehicle’s structure is composed of lightweight and strong carbon fiber composites, specially created for Passenger Drone. The avionics, stability systems and electrical control systems have also been custom designed.

Passenger Drone is fibre-optically controlled. With the exception of the main power cables, there is not a single wire in the entire aircraft. From the connection between the control joystick, main control CPU, engine controllers and the navigation screens, everything is communicated by light.