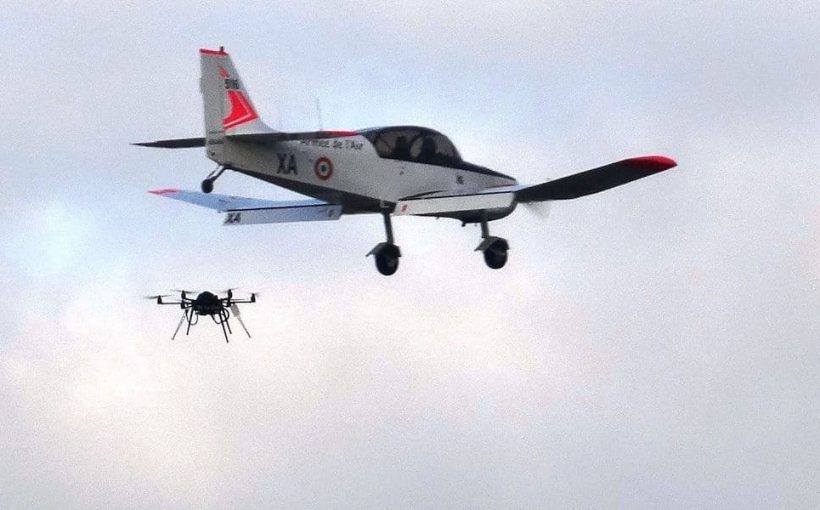 French research agency ONERA (https://www.onera.fr/sites/default/files/communiques/pdf/2018-01/20171219-CP-ONERA-Drones.pdf) and the air force have been using a Jodel D-140R glider tug and a civilian quadcopter drones to test ONERA’s UTM concept – Low Level RPAS Traffic Management (LLRTM) – at the Salon-de-Provence air force base. More than 40 flights were made where the two aircraft passed close to each other at low height, with different altitudes, speeds and angles of attack.

According to the publication the tests have been used to validate the human machine interfaces “Conflict alerts and assistance for the realization of the evasive manoeuvres proved effective in these conditions of realistic flight” Patrick Le Blaye, ONERA research engineer was quoted as saying. “This experiment validates the principle of the LLRTM system, which provides safety in case of conflicts between drones and light aircraft,” Claude Le Tallec, an expert in personal air transport at ONERA was also quoted.