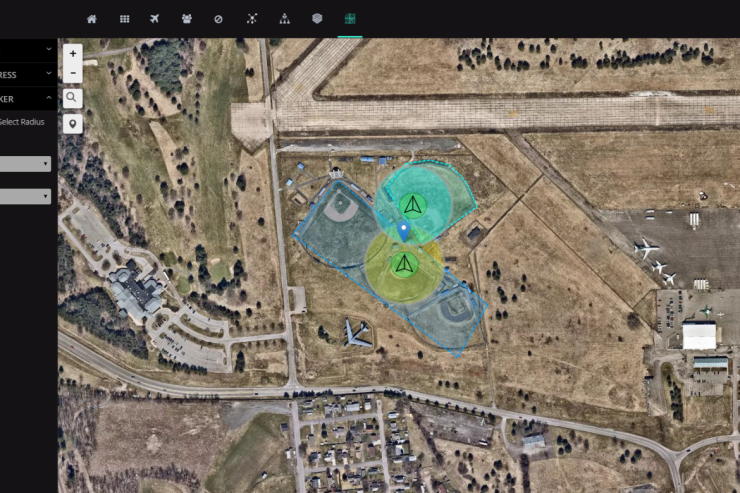 According to a press release: “Overall, the event was deemed successful for being the first operational assessment of both broadcast and network capability. Part of the assessment included multiple UAS Service Suppliers (USS) at the test site using ANRA’s UTM software to manage drone operations while also serving as the network RID service and display provider. The display applications ingested broadcast RID data and/or interacted with a network RID display provider to present information to the end users.

“The broadcasting drones transmitted RID advertisements continuously and a Display App on a smartphone used the smartphone’s technology to listen for the drone advertisements, extracted the RID data, and then displayed the live drone location on a map along with its historical path. Additionally, network publishing was evaluated using ANRA’s Software Platform to visualize data within an internet-based service area. In this case, the Display App made a request to ANRA network RID display provider which had aggregated RID data for all flights in the area managed by network RID service providers and provided the aggregated data back to the Display App.

“Broadcast remote ID was received and viewed on ANRA displays by Oneida County Sheriff personnel who participated in the assessment using a mobile app and password protection.”

To further the industry, ANRA and its partner Doodle Labs also announced their decision to open source the broadcast based Remote ID firmware implementation which can be used for any Linux compatible Wi-Fi hardware module.

Another aspect of the assessment included testing a public facing mobile app that provides information about participating drones, such as if the drone was being flown by an approved FAA operator.