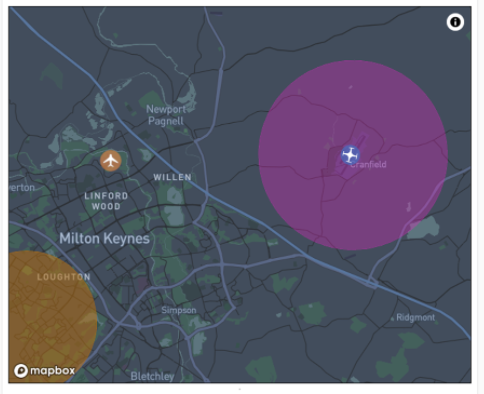 “Neuron’s solution aims to integrate ground-based detect-and-avoid capabilities on unmanned aircraft. It is using transponders rather than radars to do this, as radars “cost millions, if not tens of millions of pounds”, according to co-founder James Dunthorne.“We combine multiple data sources, from ground-based transponder receivers, radar systems out of airports and from drone technology itself,” said Dunthorne. Neuron will pull all this data together to create a trusted airspace picture.

“Yesh Premkumar, national partnership lead, Hyundai Urban Air Mobility, said: “I see this as a meta layer of an unmanned traffic management [UTM] system, or a digital network that an operator or OEM can use or buy.”

“Neuron is aiming for a de-centralised solution. Dunthorne said: “No government is going to allow a single company to control their skies. And we’re the only company out there with a federated model for this solution at the moment. So, I think being first to market is a huge thing for us.”

The average cost per flight equates to UKP1.29 ($1.80 USD), meaning the company hopes to generate UKP464m ($632m) annually. “There are other revenue streams we can look at. Insurance, law enforcement and weather data as well,” said Dunthorne.

“Neuron’s product is a distributed network with API-driven microservices deployed on top of a scalable, patentable service. “That network is actually run and governed by other companies. We don’t believe that we can run and own it by ourselves. We believe that needs to be owned by others.” There is also a sensor which will connect to devices and feed information.

“The company has so far won $628,000 in UK government grants, as well as received investment from three angel investors to the tune of $51,000. It plans to launch a Series A funding round in the summer of 2022.”