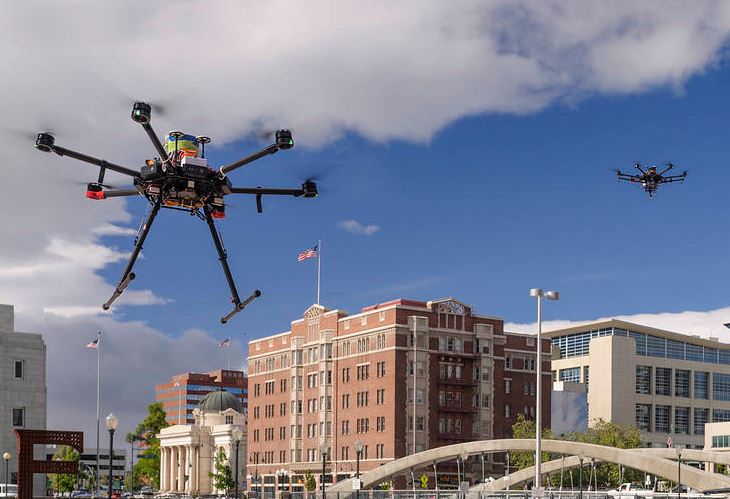 Results from test flights of drones in the urban environments of Reno, Nevada and Corpus Christi, Texas, are being examined by NASA before being sent next year to the Federal Aviation Administration for further evaluation and testing. The trials were part of the final stage of testing for NASA’s Unmanned Aircraft Systems Traffic Management (UTM) platform.

The Corpus Christi test flights, which took place in August, focused on drone operations at altitudes between 200 and 400 feet within a dense city environment. “Along with larger populations, city landscapes present unique challenges to drone traffic management, including: more obstacles to avoid, specific weather and wind conditions, reduced lines of sight, reduced ability to communicate by radio, and fewer safe landing locations,” said NASA in a press release. “The Corpus Christi activities will test new ways to address these hurdles using the NASA platform and technologies onboard the participating drones.”

During June and July, NASA flew drones either alone or in pairs between city buildings, and taking off or landing from blocked-off city streets and parking lots in Reno. The drones were also flown beyond visual-line-of-sight.

“NASA, with coordination from the Nevada Institute for Autonomous Systems (NIAS), and with vehicle/pilot participation from industry partners, tested technologies that could be part of a traffic management system for drones, especially in busy urban environments,” said the agency. “The flight campaign, called “Technical Capability Level 4,” was the fourth in a series of demonstrations since 2015, which started with drones in a very rural environment and then built in complexity to these most recent urban tests. High on the testing list for downtown Reno were the abilities of drones to sense and avoid each other as they flew in the more tricky urban wind patterns, and their abilities to maintain communications with their ground pilots and with each other as signals encountered interference from buildings that might block signals.