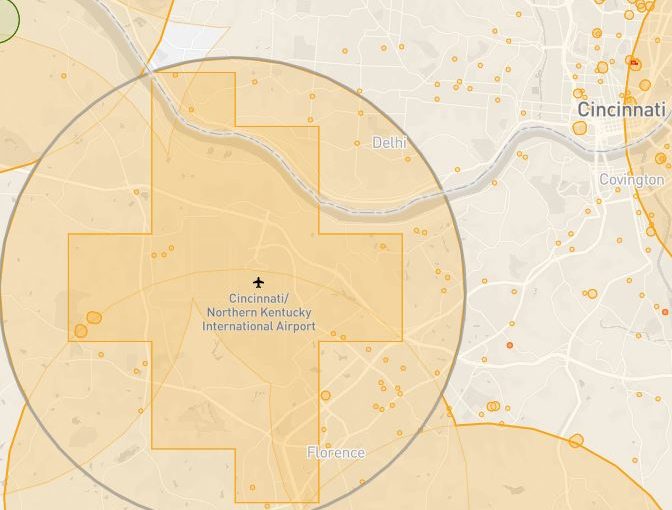 Prior to LAANC and other recent technology enhancements, drones were prohibited within five miles of any airport.

In conjunction with this effort and to protect the safety of the flying public, CVG partnered with several Kentucky airports as well as Kentucky State Representative Diane St. Onge to establish Kentucky HB540, the airport safety law. This law requires coordination with CVG as well as the FAA to operate drones in critical areas of the airport, primarily the ends of runways.

CVG and the FAA have both independently partnered with AirMap to execute the LAANC protocols and provisions of Kentucky HB540, to provide seamless coordination and notification for drone operators.